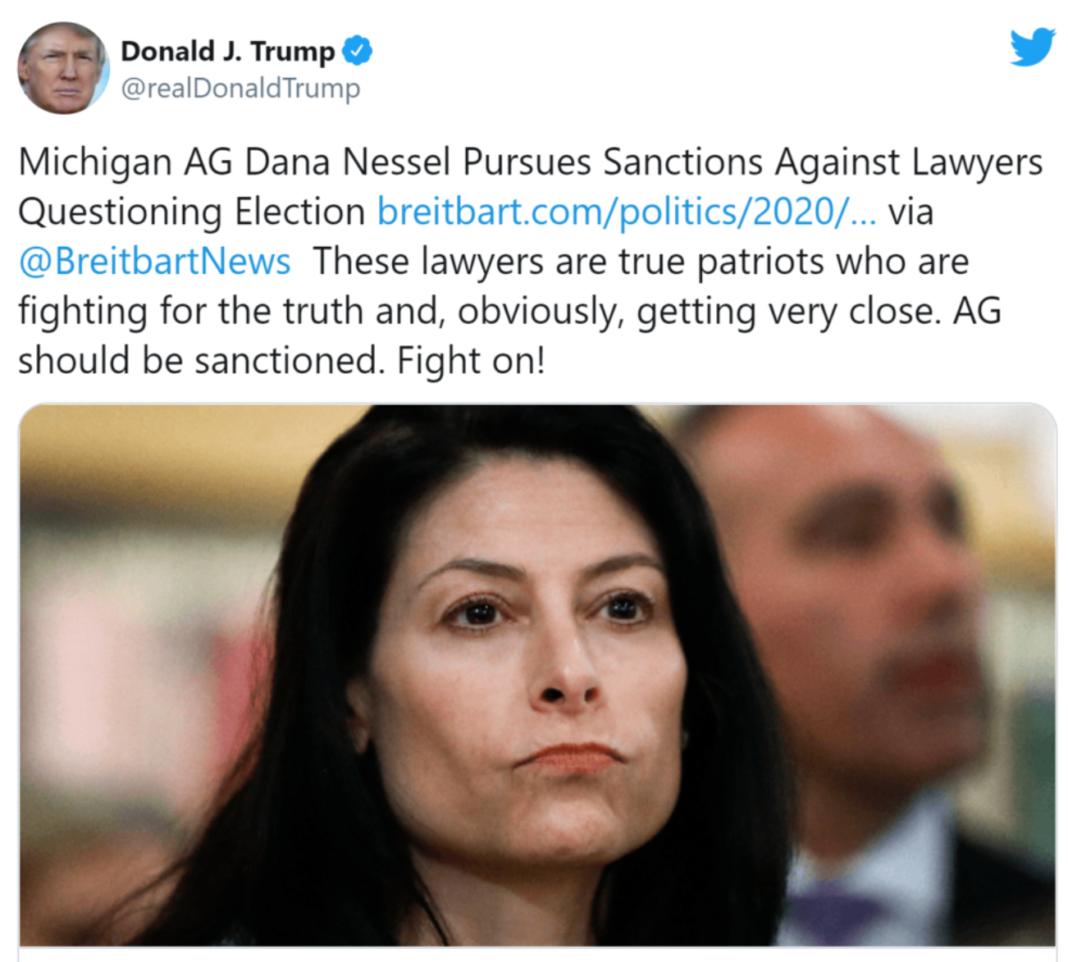 Dana Nessel, MI Attorney General has announced that she will be pursuing lawsuits that seek to sanction any lawyer who challenged the fidelity of the 2020 election, specifically highlighting any allegations regarding voter fraud and manipulation of Dominion voting Systems.

Speaking to Michigan Radio Nessel said, “You know if you will have your name attached to it, and you have made intentional misrepresentations of facts to the court, I absolutely believe that you ought to be held accountable.”

Michigan AG Dana Nessel Pursues Sanctions Against Lawyers Questioning Election https://t.co/Hb5xckedoN via @BreitbartNews These lawyers are true patriots who are fighting for the truth and, obviously, getting very close. AG should be sanctioned. Fight on!

Pointing to lawsuits that, according to her, “contained deliberate misinformation,” she wants to punish “any” lawyer who dared to challenge the 2020 election.

Nessel’s punishment-campaign may stretch to other states, not just Michigan. According to Detroit News, Nessel wants to financially and professionally punish lawyers who questioned the 2020 election saying, “Not only should these individuals and their attorneys be assessed financial sanctions, but they also should be barred from practicing in the federal courts in the Eastern District of Michigan.” To her, those who challenged the election “shouldn’t practice law anymore.”