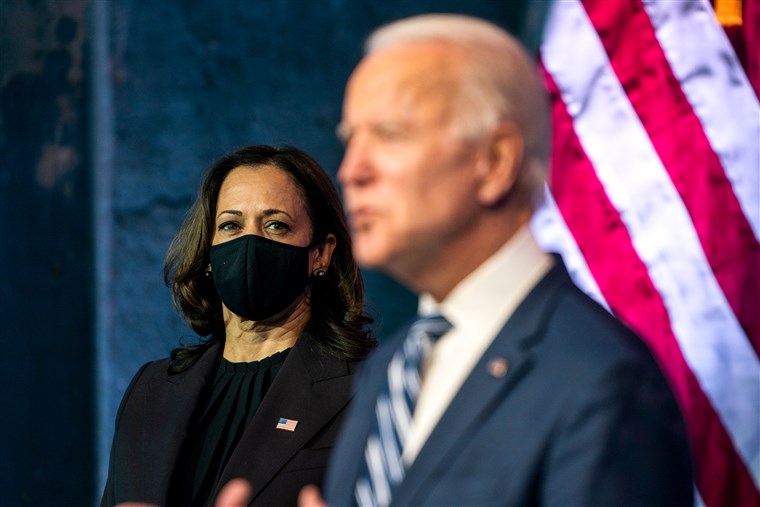 During an announcement on nearing a COVID vaccine milestone, President Biden referred to his vice president, Kamala Harris, as “President Harris”. Former President Trump’s son, Donald, Jr, shared a clip of the mistake.

He’s literally incapable of getting even the basics right. #PresidentHarris pic.twitter.com/FlempiyA22

Biden said, “Now when President Harris and I took a virtual tour of a vaccination center in Arizona not long ago, one of the nurses on that, on that tour injecting people, giving vaccinations, said that each shot was like administering a dose of hope.”

Harris was present during Biden’s remark at the White House, but her reaction was not recorded in the official video feed.

As Don, Jr. and other have noted, this is not the first time Biden has mistaken Harris as his boss.

In December, Biden referred to Harris as the president-elect while discussing how they publicly received COVID-19 vaccine shots.

“I took it to instill public confidence in the vaccine. President-elect Harris took hers today for the same reason,” Biden said at the time.

And after a question posed last year about potential disagreements with his vice president Biden assumed the junior role as he had with Obama.

Joe Biden is asked about his disagreements with Kamala Harris on certain issues:

"Like I told Barack, if I reach something where there's a fundamental disagreement we have based on a moral principle, I'll develop some disease and say I have to resign." pic.twitter.com/SLcvrwaPCA

During the presidential campaign last year, then-President Donald Trump frequently suggested Biden may be in mental decline and claimed Democrats would invoke the 25th Amendment to replace Biden with Harris.

At a White House event this month, Biden appeared for forget the name of Defense Secretary Lloyd Austin, referring to him as “the guy who runs that outfit over there.”