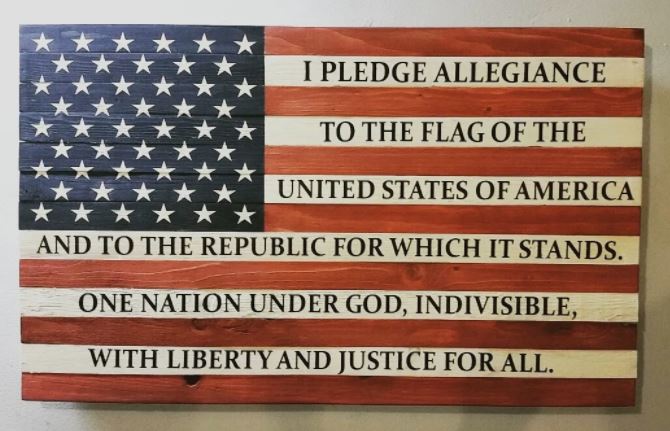 Rep. Matt Gaetz offered an amendment to add the Pledge of Allegiance to Judiciary Committee procedures. Every Democrat voted “no,” and several mocked him for making the suggestion.

During the hearing on new house rules, Gaetz put in a request to recite the Pledge of Allegiance at the start of each hearing to which Nadler responded by saying it is “unnecessary.” Gaetz mentioned that he thought it would be a nice unifying and patriotic act.

I offered an amendment to add the Pledge of Allegiance to our Judiciary Committee procedures.

Every Democrat voted “no,” and several mocked me for making the suggestion. https://t.co/c45OAmKzTu pic.twitter.com/kiq1A4ti1m

“I want to extend a welcome to the new committee members. I’m grateful to be back on this august committee and I understand and appreciate the significance and importance of the work that we do. And I just think it would be nice in the spirit of national unity and national pride which I know we all aspire to do to a greater extent than at the beginning of each meeting the chair, or one of the designees of the chair, would have the opportunity to lead us in the Pledge of Allegiance,” Gaetz said.

“We’re all aware that in these times it’s important for the country to see members of congress working together on some things and while I know we can deal with divisive issues in the committee, uh, it would be my hope we could start every committee with a great unifying, patriotic moment. I yield back,” Gaetz concluded.