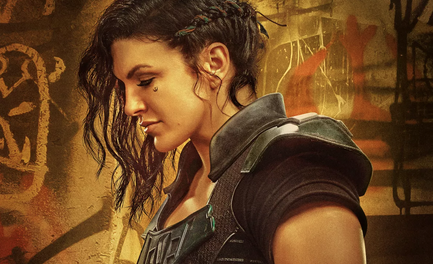 Actress Gina Carano, who played the popular former Rebel Alliance soldier, Cara Dune on Disney’s The Mandalorian, has been fired from the show.

In a statement sent to io9, a Lucasfilm representative spoke on the matter:

“Gina Carano is not currently employed by Lucasfilm and there are no plans for her to be in the future. Nevertheless, her social media posts denigrating people based on their cultural and religious identities are abhorrent and unacceptable.”

Carano was harshly criticized recently when, in a now-deleted Instagram post, she compared modern political hate to the hate at the time of the Holocaust.

“Jews were beaten in the streets, not by Nazi soldiers but by their neighbors… even by children.  Because history is edited, most people today don’t realize that to get to the point where Nazi soldiers could easily round up thousands of Jews, the government first made their own neighbors hate them simply for being Jews. How is that any different from hating someone for their political views?”

The hashtag #FireGinaCarano trended on social media in recent months after other “controversial” comments by the television and film star. But it was met with #WeLoveGinaCarano and now that she’s been fired, for calls to boycott Disney.

Sources tell the Hollywood Reporter that Lucasfilm had planned on announcing in December that Carano would star in her own Star Wars series but scrapped the idea in November. “They have been looking for a reason to fire her for two months, and today was the final straw,” THR’s sources said.

Carano has also been outspoken on mask wearing and as well as voter fraud.

Carano first appeared as Cara Dune in episode four of The Mandalorian season one, when she teamed up with the bounty hunter to protect a community against raiders. She returned midway through season two/episode 12 to assist in destroying an Imperial base and later in episode 15 to help infiltrate a refinery. The character, as well as the actress, remains popular with Star Wars fans.