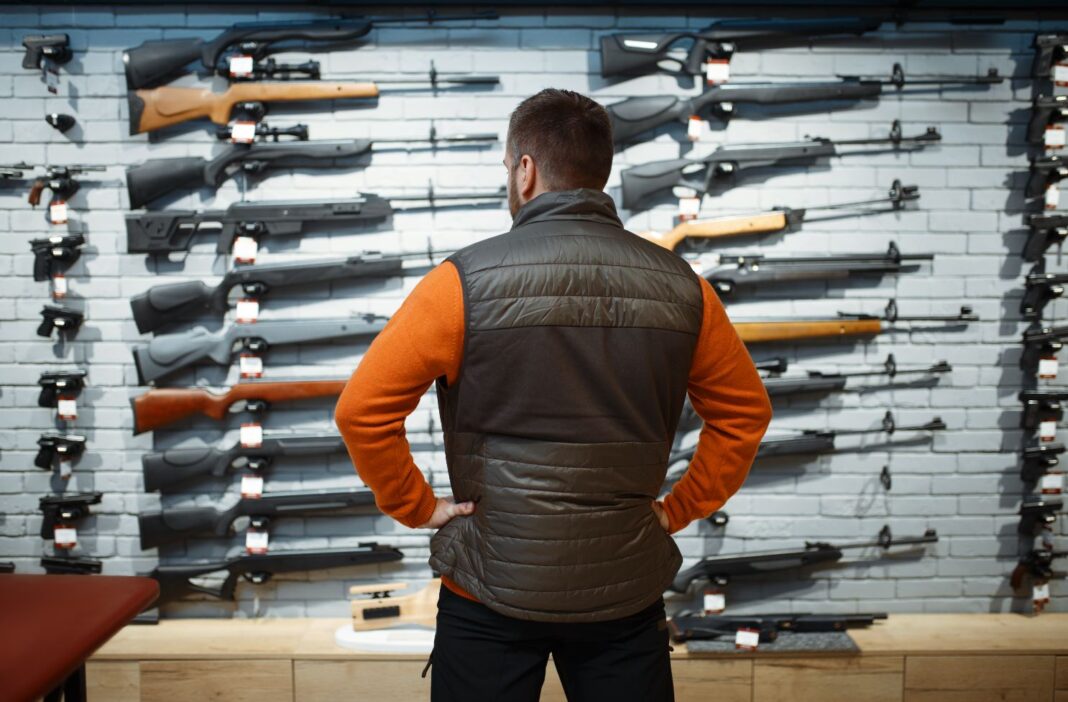 FBI background check data from January shows Americans are buying guns at a “blistering pace,” as a firearms expert describes it.

“That’s undoubtedly connected to President Joe Biden’s plans to attack the firearm industry by undoing and rewriting regulations and executive actions to target the firearm industry,” Mark Olivia, director of public affairs at the National Shooting Sports Foundation, said in a statement.

Olivia pointed to the freezing of the publication of the Office of the Comptroller of the Currency’s “Fair Access” banking rule, and promises to seek to repeal the Protection of Lawful Commerce in Arms Act to tighten restrictions on gun licenses and a ban on AR-15-style rifles by the Biden administration.

The White House didn’t immediately respond to a request by The Epoch Times for comment.

According to the FBI’s National Instant Criminal Background Check (NCIS) data, 4.3 million firearm background checks were initiated in January. That’s the highest number on record, and up more than 300,000 in comparison to December 2020. Three of the top 10 highest weeks are now from January 2021.

The National Shooting Sports Foundation’s adjusted background check figure of 2 million was a jump from its adjusted figure of 1.1 million in January of last year.

“These are jaw-dropping figures to start the New Year. Americans are claiming their Second Amendment rights to provide for their own safety in record numbers,” Olivia said.

The new year “certainly started off with a sales ‘bang’ due to the turmoil surrounding the confirmation and inauguration of Mr. Biden as the new U.S. president,” Jurgen Brauer, the chief economist for Small Arms Analytics, said in a statement.

“The 79 percent year-over-year increase was not the highest, an even higher increase, of just over 100 percent, was experienced in January 2013, the month Mr. Obama’s second presidential term began,” he added.

The gun-control group Everytown for Gun Safety claims the continued increase in background checks suggests a need for Congress and Biden to implement gun restrictions.

“As the country reels from multiple crises, the gun industry has cashed in with record sales that have made Americans less safe,” Nick Suplina, managing director of law and policy for the group, said in a statement.

“Without swift changes in policy, our already devastating gun violence epidemic could get even deadlier. The good news, though, is that we finally have leaders in the White House and in both chambers of Congress who recognize that this crisis demands action.”