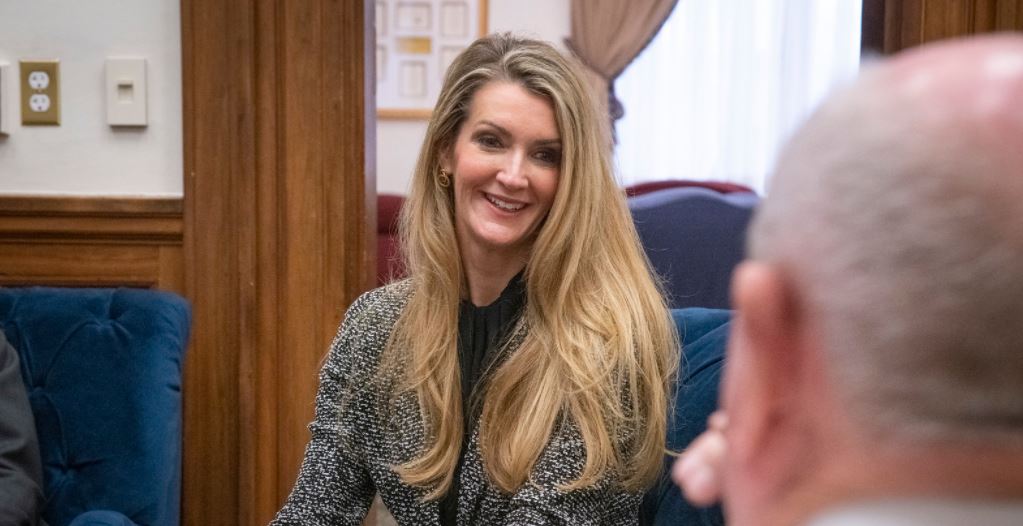 Former Sen. Kelly Loeffler, who lost a runoff re-election bid in January, is launching a voter registration group called “Greater Georgia” that will rival an outreach program started by Stacey Abrams that has been credited with helping elect Democratic candidates.

Loeffler, who lost to Sen. Raphael Warnock in the Jan. 5 election, will chair the group which will focus on registering “conservative-leaning” voters, enhancing election security and turning out voters at the polls, Fox News reported on Monday.

“Our state is greater – and our democracy is stronger – when everyone’s voice is heard, and that’s exactly what Greater Georgia’s work is about,” Loeffler said in a statement.

“But for too many in our state, the importance – and even the sanctity of their vote – is in question. That’s why we’re rolling up our sleeves to register conservative-leaning voters who have been overlooked, to regularly engage more communities, and to strengthen election integrity across our state,” she said.

Loeffler, who is worth an estimated $800 million, will kickstart the effort with a seven-figure investment and use the donor network she assembled during her runoff as a starting point.

Warnock’s seat will be up for grabs in 2022, the original expiration of the 6 year term. Loeffler hasn’t ruled out running again but will remain focused on ‘Greater Georgia’ for now, a spokesperson told Fox News.

Abrams, who lost to Brian Kemp in her run for Georgia governor in 2018, launched the national voter organization the following year with the goal of turning Georgia into a blue state.

Her success alarmed Republicans who watched the Senate races slip away to Democrats and President Biden take Georgia, which hadn’t voted for a Democratic presidential candidate in 30 years.

There are a number of significant races coming up in Georgia, including governor, lieutenant governor, attorney general, and secretary of state.

“Elections at every level have consequences – and we’re already seeing the consequences of recent elections play out in Georgia and across the country. Conservatives have a winning message, we just need to go out and share it with more people,” Loeffler said. “By registering new voters, broadening our outreach, and rebuilding trust in our election process, we can create better outcomes, strengthen our democracy, and lift up more voices in our state,” she said.