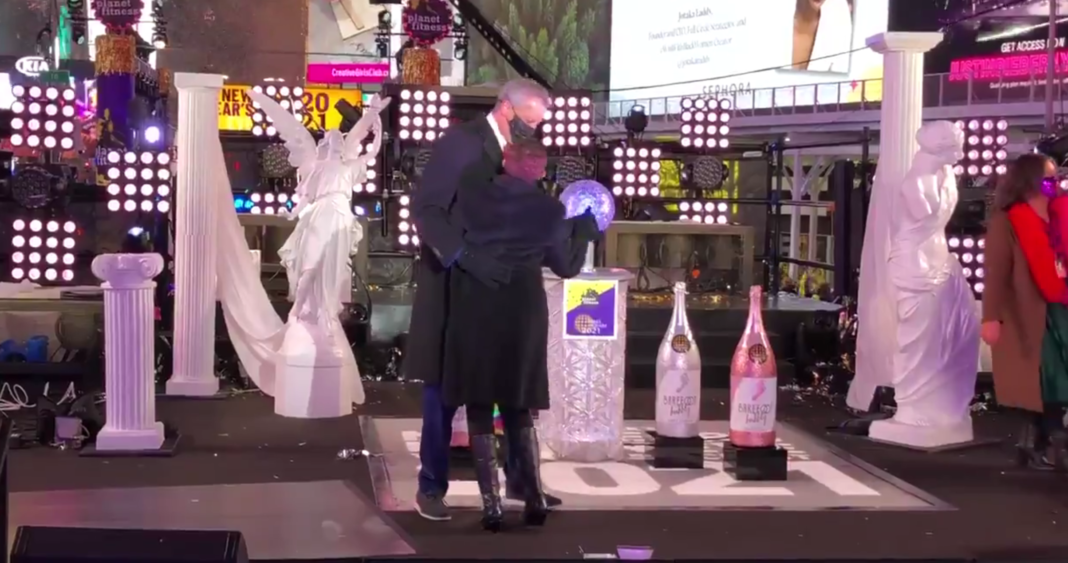 In a stunning act of indifference, New York City Mayor Bill DeBlasio danced with his wife in Times Square on New Year’s Eve, empty but for those few allowed in. And the Mayor’s office posted it on Twitter. Blasio and his wife, Chirlane McCray, attended the traditional ball drop at midnight along with a few hundred others.

The select few danced while thousands of New Yorkers were made to stay home to watch the ball drop and performances featuring Jennifer Lopez, Cyndi Lauper and others televised for viewers denied access.

Happy #NewYear from the greatest city in the world. pic.twitter.com/47CmOAanxD