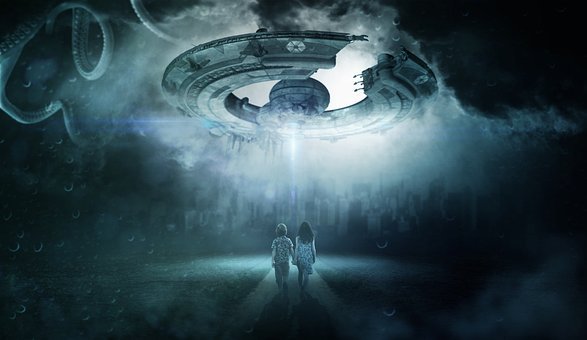 Thanks to President Trump, the CIA has just declassified secret files relating to unexplained flying objects or UFOs. And they are available for public download.

But the documentation has been made available months before the deadline.

UFOs: Fact or Fiction is a CIA web page that contains downloadable files on sightings and unexplained phenomena from around the world with over five decades of research, from the 1940s to the early 1990s.

The Black Vault, a privately run archive of declassified documents, has published the archive of CIA related UFO records, adding to its own collection of information.

John Greenewald Jr., who runs The Black Vault, said in a blog post that the CIA made a CD-ROM collection of UFO documents over a period of time. In mid-2020, Greenewald purchased this CD-ROM to ensure the Black Vault had as complete a record as possible of CIA documents on “unidentified aerial phenomena” (UAP), a term preferred by the US government.

“The Black Vault spent years fighting for them, and many were released in the late 1990s. However, over time, the CIA made a CD-ROM collection of UFO documents, which encompassed the original records, along with the ones that took years to fight for,” he stated.

Greenewald claims one of the weirdest documents in the dump reveals the Assistant Deputy Director for Science & Technology being given info on a UFO in the 1970s.

“Plain and simple, the public has a right to know!” Greenewald said. “When I began researching nearly 25 years ago at the age of 15, I knew there was something to this topic.  Not because of viral internet hoaxes. Not because of back door meetings wherein I can’t tell you who, but I promise it was mind-blowing information. No, none of that. It was simply because of the evidence that I got straight from the CIA. And the NSA. And the Air Force. And the DIA.”

“I feel I am achieving what I set out to do. Easy access, to important material, for people to make up their own minds on what is going on.”

The intelligence directive came into force months after the department of defense released three declassified videos that showed US Navy pilots encountering what appears to be unidentified flying objects (UFOs). Following the declassification of videos, the US Navy released seven incident reports in May 2020 on the series of encounters between Navy pilots and “unidentified aerial phenomena”.

According to the first incident report, a white-colored aircraft was spotted in 2013 which was approximately the size and shape of a “drone or missile” and left a visible exhaust trail. Another report from 2014 detailed the encounter in which the aircraft appeared to be “approximately the size of a suitcase”, and was silver in color. The report highlighted that the pilot was able to pass within 1,000 feet of the unknown aircraft but couldn’t identify it.