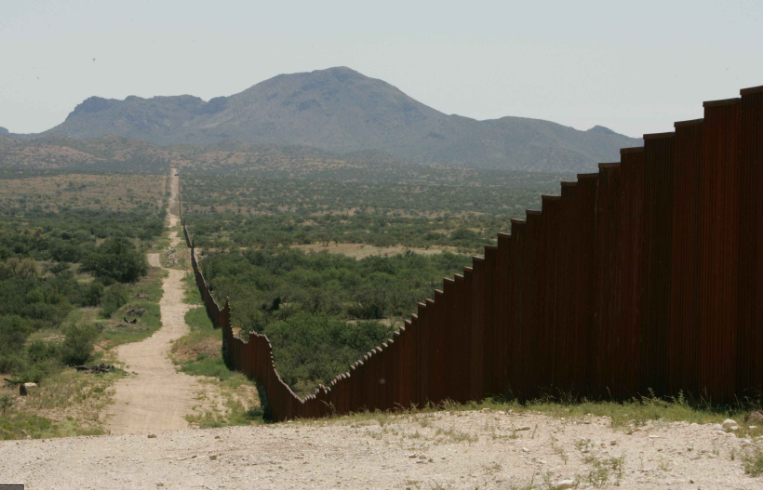 The report, authored by Rep. Jim Jordan (R-Ohio), ranking member of the House Judiciary Committee, and Rep. Tom McClintock (R-Calif.), ranking member of the House Judiciary Committee’s Subcommittee on Immigration and Citizenship, warns that the Biden administration appears poised to adopt policies that will “incentivize illegal immigration and promote an unending flood of foreign nationals into the United States.”

One of these policies is the expansion of administrative amnesty, which former President Donald Trump sought to curb by enacting at least five policies since the beginning of 2019 that officials contend were designed to address asylum claims that don’t have merit and to confront a sharp increase in border arrests, which surged to a 13-year high in May 2020. The Migrant Protection Protocols (MPP), dubbed the “Remain in Mexico” program, was one such Trump-era policy under which asylum-seekers were made to wait in Mexico for their U.S. court hearings.

The report states that Trump enacted the policy “to send the message to foreign nationals that simply because they make it to the U.S. and claim asylum, they will not be released into the U.S. while awaiting their immigration court proceedings,” arguing that most asylum claims are without merit and it is unreasonable to allow asylum-seekers to reside in the United States for the many years that some cases take to wind their way through the courts.

The Biden administration announced plans for tens of thousands of people waiting in Mexico under the MPP program to be allowed into the United States while their cases make their way through immigration courts. The first wave of an estimated 25,000 asylum-seekers with active cases in the “Remain in Mexico” program will be allowed into the United States on Feb. 19, authorities said.

“This latest action is another step in our commitment to reform immigration policies that do not align with our nation’s values,” said Secretary of Homeland Security Alejandro Mayorkas in a statement that said that the move is part of the Biden administration’s “phased strategy to reform the nation’s immigration system.”

Homeland Security said that the announcement “should not be interpreted as an opening for people to migrate irregularly to the United States.”

But Jordan and McClintock warn in their report that people considering entering the United States illegally will view Biden’s immigration policy reforms as an invitation to do just that.

“The Trump Administration took specific and concrete steps to end the pull factors that incentivize illegal immigration into the U.S. and to implement immigration policy that puts the safety and security of Americans first,” they wrote.

“If the Biden Administration continues to undo President Trump’s immigration policy successes and implement a radical immigration agenda, it will result in less security at the border, reduced interior enforcement, and an increased risk from criminal and other aliens who want to do us harm,” they said.

Another policy that the report warns of is the halting of construction of the border wall, which Biden ordered on his first day in office.

“His decision ignores the requests of Border Patrol agents on the ground and the necessity of the border wall in keeping the illegal border crossings down,” they argue in the report.

Trump also curbed the controversial “catch and release” process, with foreign nationals arriving illegally at the border no longer released into the interior of the United States, but instead getting transferred to ICE custody, a process that the two Republicans said “deters illegal immigration and fraudulent asylum claims.” Biden revived the “catch and release” policy in an executive order.

The Trump administration also removed a million deportable aliens from the United States.

“President Biden instituted a 100-day moratorium on removals, which will send criminals and unvetted aliens into U.S. communities,” the Republicans argued.

In their report, Jordan and McClintock conclude that Biden’s immigration policy shift seeks to “rehash the failed policies of the Obama-Biden Administration and will only make Americans less safe.”

Speaking at a Feb. 11 virtual meeting of the House Subcommittee on Immigration and Citizenship, McClintock said that, “every American needs to fully understand the implications of these policies.”