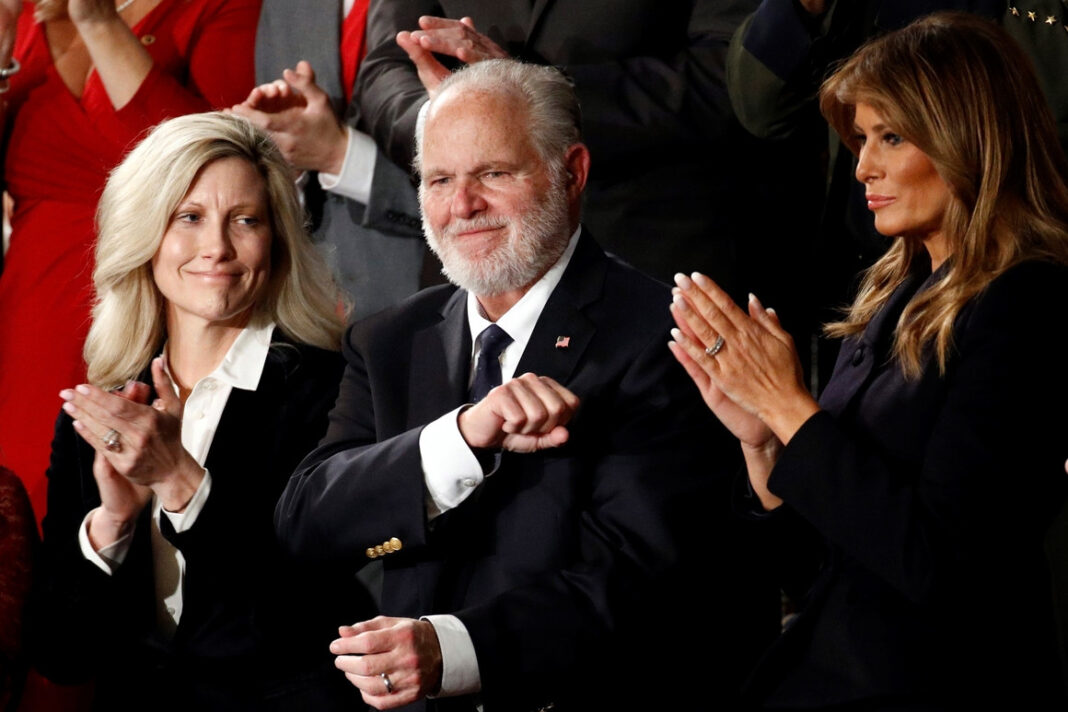 On February 4, 2020, the day after he announced that he had advanced lung cancer, the premiere voice of the U.S. conservative movement, Rush Limbaugh, was a guest of President Donald J. Trump at the 2020 State of the Union Address, where he was presented with the Presidential Medal of Freedom by First Lady, Melania Trump.

After over a year long battle, it was announced today that Rush has died of complications of that disease.

After a rocky start in radio, Limbaugh became widely recognized as one of the premiere voices of the conservative movement in the United States. In a 1992 letter, Ronald Reagan thanked him,

“for all you’re doing to promote Republican and conservative principles … [and] you have become the Number One voice for conservatism in our Country.”

In 1994, Republicans in the U.S. House of Representatives made Limbaugh an honorary member.

Through radio, television and books, Rush Limbaugh has been the major voice of conservative America and an important source of information and conservative viewpoint. His perspective on current events will be deeply missed.