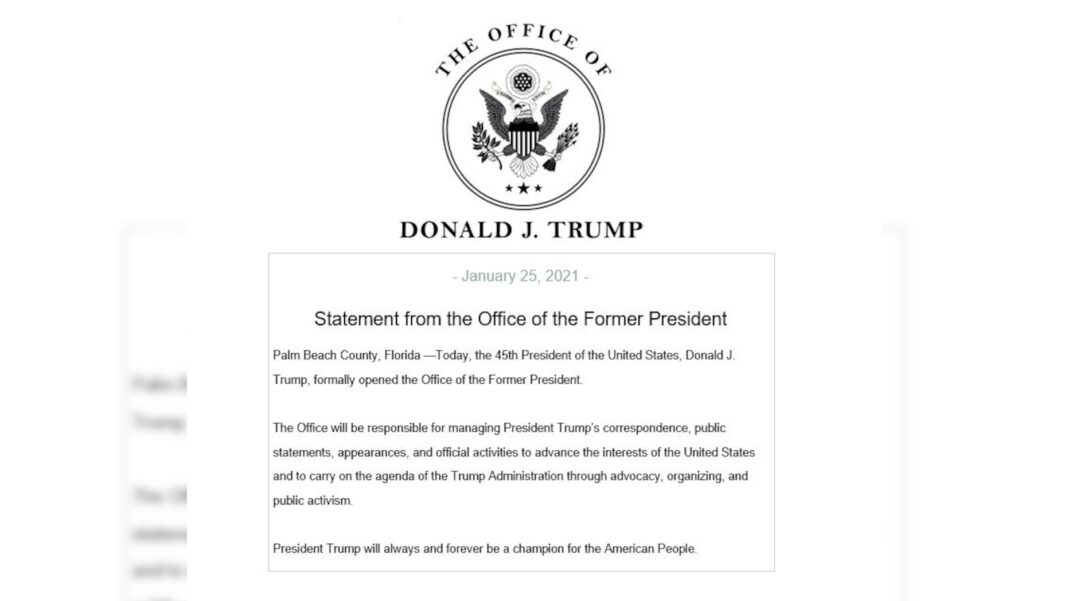 As of Monday, “The Office of the Former President” has been set up in Palm Beach, Florida to manage Former President Trump’s correspondence, public statements, appearances and official activities, according to a press release from the office shared by Fox News.

“President Trump will always and forever be a champion for the American People,” the release said.

Speculation is that Trump may run for president again in 2024, something he and his advisers have neither confirmed nor denied.

Trump moved from the White House last week for his Mar-a-Lago estate in Palm Beach. He spoke briefly to a Washington Examiner reporter there a few days later giving a cryptic interview in which he declared he will be taking action in the coming months.

“We’ll do something, but not just yet,” were his first words to a journalist since leaving the White House.