American 1
Home Articles Biden Says ‘You’re Not On The Side Of Police’ If You Don’t...
Facebook
Pinterest
WhatsApp 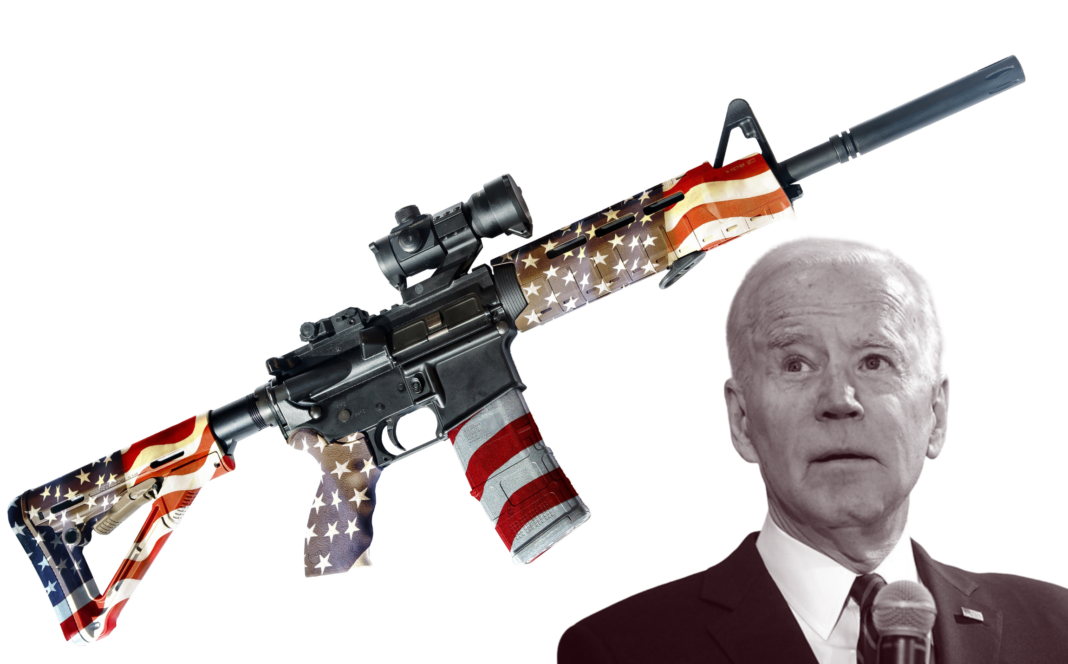 On Wednesday, Joe Biden said accused Republicans of being against the police for not voting to ban assault rifles, which he also called “weapons of war.”

The comments came during a televised address to the National Organization of Black Law Enforcement Executives. He said, “Being a cop today is a hell of a lot harder than it’s ever been. We expect everything of you. We expect you to be drug counselors to people overdosing at a scene; therapists to couples during a violent confrontation; social workers to kids who have been abandoned. Maybe worst of all, we send you out to do your job on the streets flooded with weapons of war.”

He went on to say, “You hear a lot of politicians say about how much they love you, how much they care about you, they’ll do anything for you. In the state you’re in today, Governor DeSantis, Sen. Rubio, Sen. Rick Scott all opposed banning assault weapons, and Senators Scott and Rubio voted against the bipartisan gun safety law that I signed, the first meaningful gun legislation in nearly thirty years, that you supported. To me, it’s simple. If you can’t support banning weapons of war on American streets, you’re not on the side of police.”