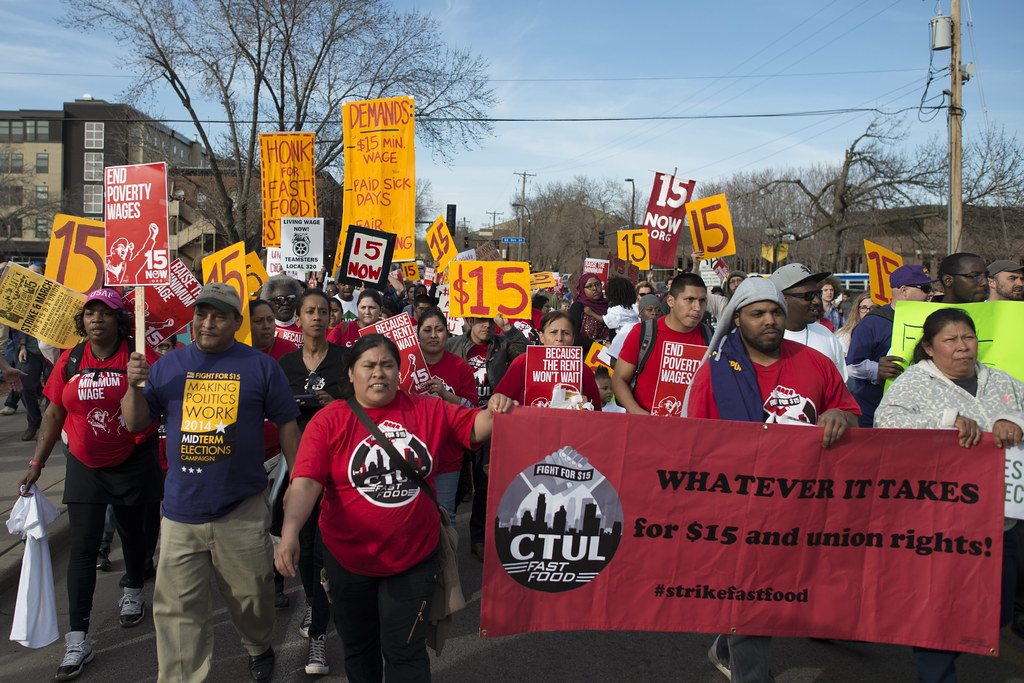 An expert with the Heritage Foundation and a small business owner went on NTD News’ ‘The Nation Speaks’ to shed light on the harmful impact a $15 federal minimum wage would have on small businesses.

Kevin Barnhill, owner of Blair Meat Market in Blair, Nebraska, pointed out that the wage increase would not only force him to pay his entry-level unskilled workers $15 an hour, but he would also have to increase the wages of his higher-paid skilled workers. Which would have an “enormous” impact on his bottom line and the current operations of his business.

Referring to his unskilled part-time workers, Barnhill said, “First I would eliminate those types of jobs,” adding that he would then “force or coerce my current, full-time staff to pick up some of that – and then we would look hard to automation.”

Barnhill was accompanied by Rachel Greszler, an economic expert and researcher with the Heritage Foundation, a conservative think tank.

Greszler said, “Fifteen dollars in Mississippi would be like having a nearly $36 minimum wage in Washington DC,” adding that “A lot of state and local governments have already increased their own minimum wages and that’s really what makes sense here, because America is very diverse.” Greszler argued for a localized approach to increasing the minimum wage based on each state’s needs and current wage, which differ from each other.

She pointed out that if the minimum wage is hiked, business owners’ “options are limited – go to automation, reduce those jobs, and cut off the jobs that are available for lower-skilled workers.”

“Some companies are really going to have to go out of business because of this,” Greszler said.