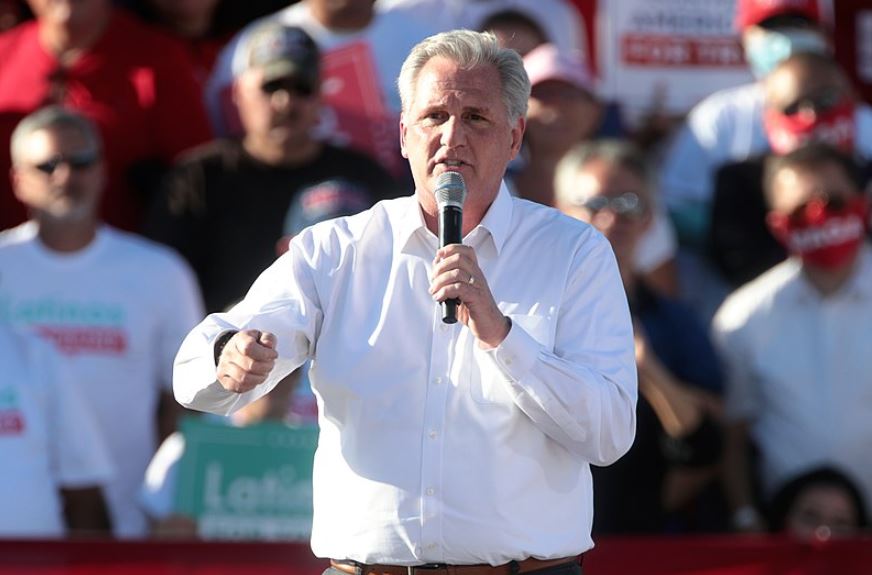 Speaking with Sean Hannity on Fox News, Kevin McCarthy (R-CA), House Minority Leader, called out the Former Vice President Biden administration over his budget proposal, calling on the White House to do more to hold China accountable for their role in the COVID-19 pandemic.

McCarthy said the budget is, “too extreme and too expensive. Think about what we’re saying right here — this is what everyone has ever warned us about. That your debt becomes so large, it’s more than a hundred percent of your GDP. There’s no coming back from that. This sounds like Venezuela or Cuba. Even Obama’s economists tell you this is wrong. And when he’s doing it is wrong. He’s doing it with an economy that’s come booming back.”

McCarthy added, “If he simply did nothing, he would make America stronger, but by these actions will put into doubt. Everyone will get their taxes increased. Inflation will come. So whatever money you have will be devalued. This is what happened to Venezuela. And before our very eyes, we cannot allow this to go forward.”

“But you know what else we should look in this budget? Is he going to go pay the World Health Organization? Because the first thing he did when he took back over was reverse what President Trump did, to stop funding the World Health Organization that China controlled that lied to us about COVID. And then he said, no, President Biden, and gave them $200,000,[000] literally rewarded them for lying to the world,” McCarthy said.

“We need to hold China accountable instead of rewarding them. And they need to be held accountable financially for what they have done to the world. They should not come out stronger of this and make us weaker. We should be stronger in the course of history, holding them accountable,” McCarthy concluded.