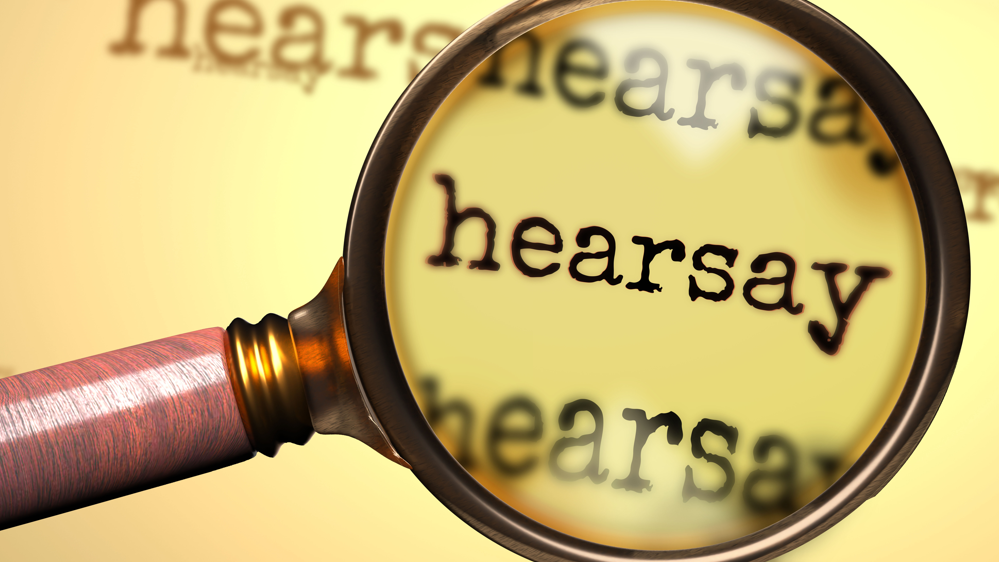 As their surprise witness on Tuesday, the January 6th committee listened to Cassidy Hutchison’s testimony, which was later found to be only hearsay.

In her testimony, Hutchison spoke of Trump’s behavior during the January 6 protest. She described him as very angry because the Secret Service agents wouldn’t allow him to march with the protesters. She said Trump began physically lashing out at Secret Service agents, and even at one point trying to commandeer the presidential vehicle.

However, it was revealed that her testimony is only hearsay. During an interview with CNN’s Jake Tapper, Committee member Raskin (D-MD) was asked, “Do you have any corroborating evidence? You have interviewed both Ornato, or the committee has interviewed both Engle and Ornato, two Secret Service agents. Do you have any corroborating evidence that that story is true or do you only have it from Cassidy Hutchinson?”

Raskin replied, “Well, um, the story that she told is the evidence that I’m aware of, at least within her story, and I’ve not seen anything to contradict it. And then, of course, it’s corroborated by everything else we know about Donald Trump’s eagerness to not just incite this march and assemble the march and form the march and exhort the people in the march but also to participate in it, he wanted to go into it.”

CNN’s @jaketapper asks @RepRaskin about corroborating the shocking story, told by ex-aide of Former White House chief of staff Mark Meadows, about Trump’s physical attack on Secret Service detail to drive to the US Capitol on January 6. pic.twitter.com/z2ul9WvFcc

Raskin concluded that Hutchison’s testimony is a mere perspective of what may have happened. He also said he is “not aware of a single fact that the committee has put forward that has been contradicted or debunked by anybody, but that’s not to say it couldn’t happen.”

In regards to the specifics related to Trump trying to assault an agent and take control of the vehicle, CBS reported, “a source close to the Secret Service confirmed to CBS News that Engel and the driver are prepared to testify under oath that neither man was physically attacked or assaulted by Trump and that the former president never lunged for the steering wheel of the vehicle. “