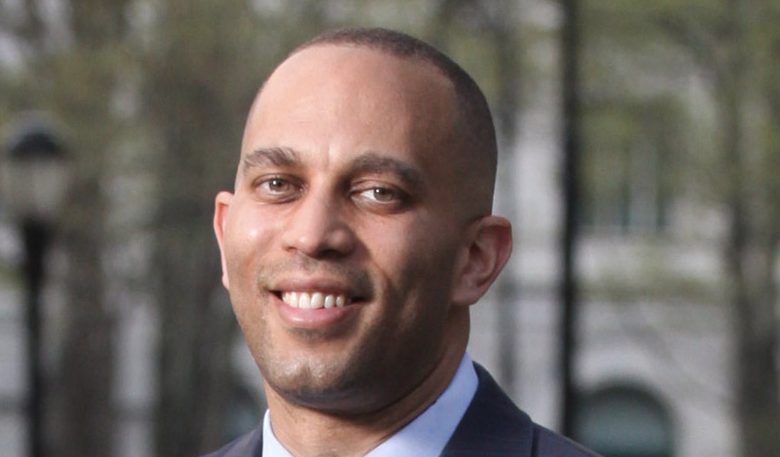 After Nancy Pelosi announced she will not be seeking to lead the Democrats any longer, Representative Hakeem Jeffries (D-NY) has announced his bid to lead House Dems.

Jeffries made his announcement in a letter to other Democrat’s on Friday. He says he wants to help Democrats “once again prepare to meet the moment.”

At 52, Jeffries leads the House Democratic Caucus. And if elected, he said “I hope to lead an effort that centers our communication strategy around the messaging principle that values unite, issues divide.”

Over the years, Democrats have seen a growing divide within the party between liberal and ultra-progressive wings of the party. This has caused public and private spats between inter-party leaders.

Jefferies said, “We must make sure that the perception of the Democratic brand matches up with the reality that we do in fact authentically share values that unite the Heartland, Urban America, Rural America, Suburban America and Small Town America.”

Democrats have been undergoing a change in generational leadership. Pelosi (82) has been the face of House Democrats for decades. And with her not seeking the top spot, younger Democrats are looking for a fresh face to represent a party that continues to become more and more left-leaning.

During a speech on Thursday, Nancy Pelosi acknowledged this shift in the party saying, “For me, the hour’s come for a new generation to lead the Democratic caucus that I so deeply respect, and I am grateful that so many are ready and willing to shoulder this awesome responsibility.”