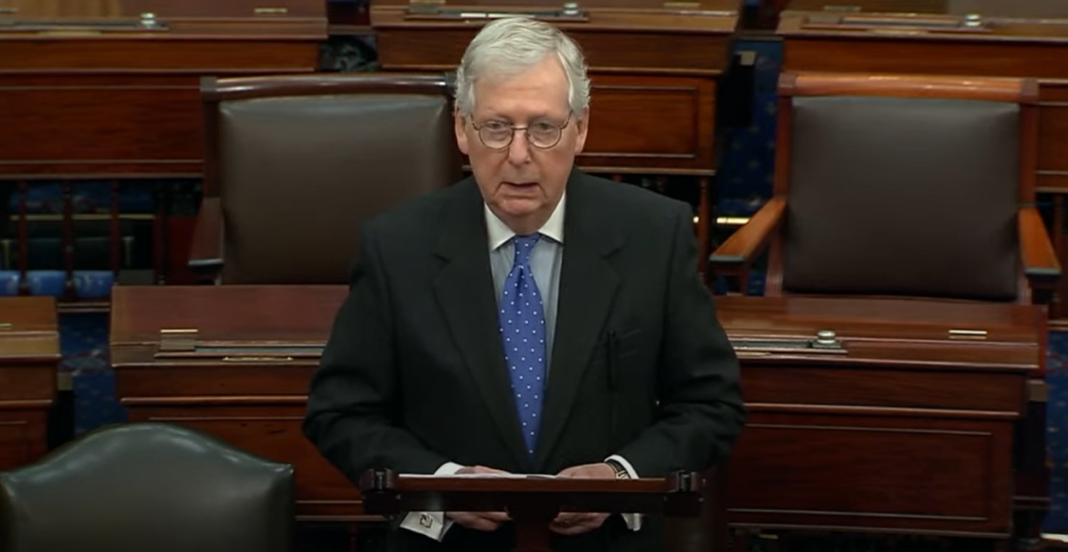 McConnell said, “Twelve months ago, a newly-inaugurated President Biden stood on the West Front of the Capitol and here’s what he had to say: ‘My whole soul is in this: bringing America together, uniting our people, and uniting our nation. Yesterday, the very same man delivered a deliberately divisive speech that was designed to pull our country farther apart.”

He went on to say, “twelve months ago, this President said we should ‘see each other not as adversaries, but as neighbors.’ Yesterday, he called millions of Americans his domestic ‘enemies.’ Twelve months ago, this President said that ‘disagreement must not lead to disunion.’ But, yesterday, he invoked the bloody disunion of the Civil War, the Civil War, to demonize Americans who disagree with him. He compared a bipartisan majority of Senators to literal traitors. How profoundly, profoundly unpresidential.”

When describing how he felt watching the Former Vice President’s speech, McConnell said he “did not recognize the man at the podium yesterday.”

McConnell also said, “the President’s rant yesterday was, incoherent, incorrect, and beneath his office. The President repeatedly invoked the January 6th riot while himself using irresponsible, delegitimizing rhetoric that undermines our democracy. The sitting President of the United States compared American states to ‘totalitarian states.’ He said our country will be an ‘autocracy’ if he does not get his way. The world saw our sitting Commander-in-Chief propagandize against his own country to a degree that would have made Pravda blush.”

“Twelve months ago, the President said that ‘politics need not be a raging fire destroying everything in its path.’ That was just twelve months ago. Yesterday he poured a giant can of gasoline on that fire. In less than a year, ‘restoring the soul of America’ has become this: agree with me, or you’re a bigot. From lowering the temperature to invoking totalitarian states and the Civil War,” McConnell said.