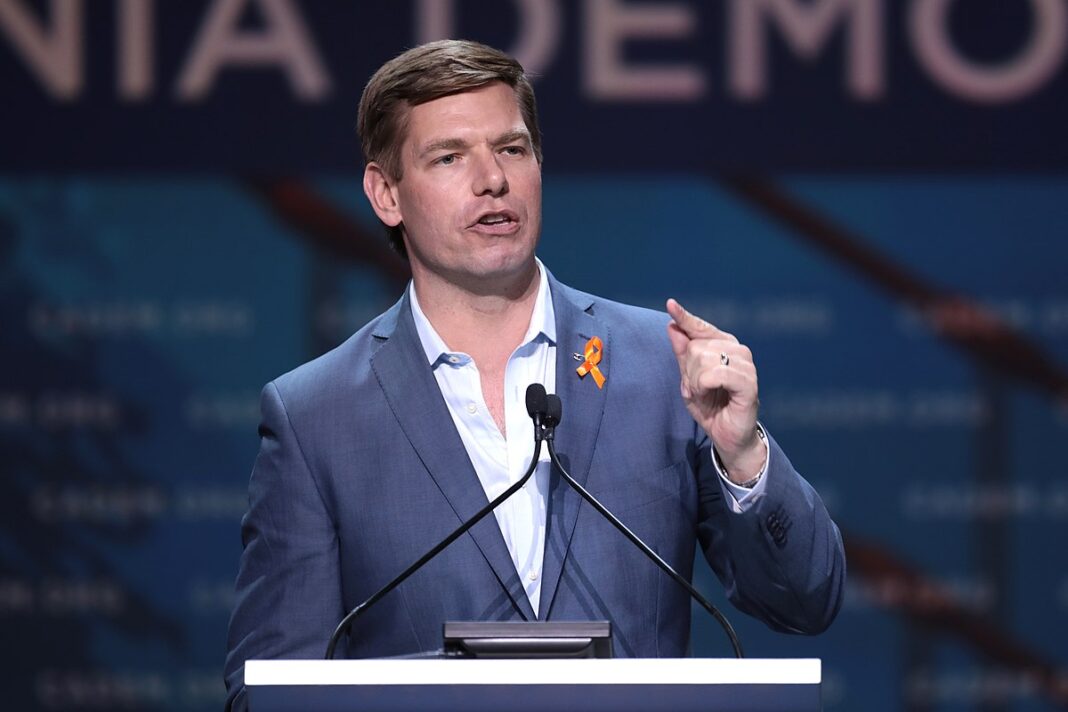 House Rep. Eric Swalwell, a Democrat, serves California’s 15th congressional district. He currently serves on the House Intelligence Committee, although many have called for him to step down due to recent controversy. Swalwell came under fire in December after an investigation by Axios revealed that the House Representative had some kind of a relationship with a suspected Chinese spy, Christine Fang.

Fang entered the US as a college student and began getting close with several politicians, including two mayors with which she had alleged intimate relations. She eventually met Swalwell during his time as a city councilman and helped him raise funds for his 2014 campaign.

By 2015, the FBI had caught on to Fang’s attempts to sneak into the US political landscape and warned Swalwell at that time. She then fled the country and was never seen again.

Ever since this information was released, there have been numerous questions about the level that their relationship had gone to, especially because of his position on the elite intelligence committee. Swalwell and his staff have repeatedly avoided and side-stepped questions about whether or not he had ever slept with Fang. However, if he and his staff actually cared about promoting trust from the American people in the government’s ability to preserve national security, they would be honest.

Many lawmakers have demanded he steps down from his position, calling him an “unacceptable national security risk,” commenting that his panel handles “some of the most sensitive information our government possesses,” such as “information critical to our national defense.”

Yet even with all the distrust in his ability to protect this country, he continues to refuse to step down. In fact, as a prominent member of the Democratic Party, he is currently calling anyone and everyone willing to object to the Electoral College’s certification “enemies of democracy,” although his own party objected in 2016.

Who are the enemies of Democracy that he speaks of? The lawmakers who are willing to stand up for Americans that are more distrustful of our election system than at any other time in modern history, or the House Representative that cares more about his political aspirations than preserving trust in the United States’ national security.