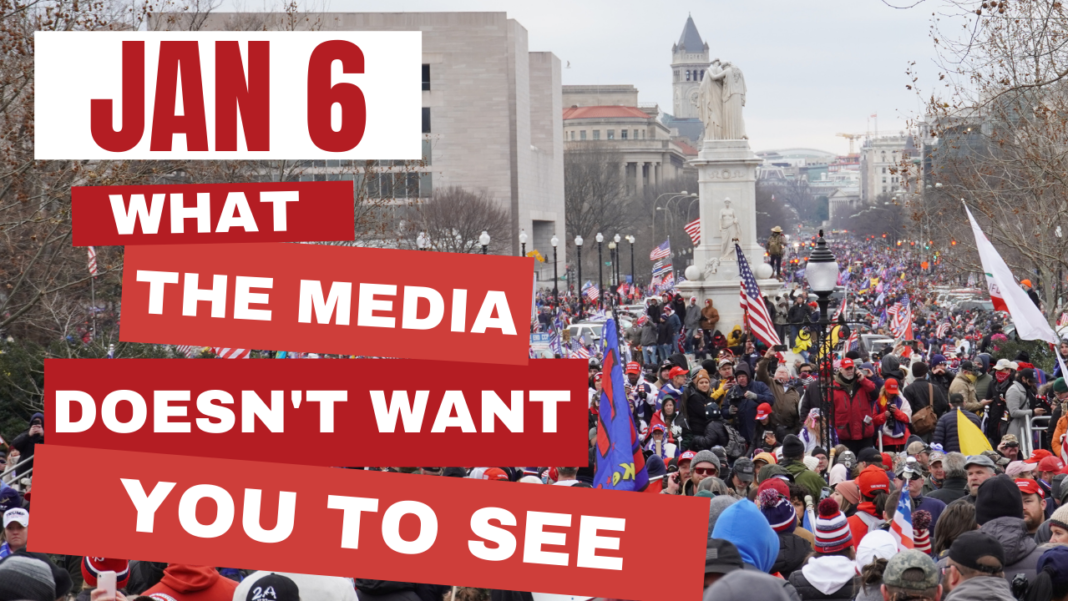 To note the one-year anniversary of the 1/6 Trump rally, we’re revisiting the three-part video series we released last year. If you only watch one video, watch Part 3.

Today marks the one-year anniversary of the US Capitol’s breach by protesters. While the entering of the Capitol and the accompanying violence are the primary focus of main news outlets and politicians, the fact is the people who committed the crimes were a very small fraction of those who attended the rally.

Over the past year, the media has painted the entire event as an “insurrection” or “assault” on the capital. This narrative forgets the vast number of concerned Americans that were there to exercise their right to peaceably assemble. These patriotic American’s came from all over the nation to let their voices be heard. They were calm, concerened and peaceful. The following is a look into the other side of the Trump rally on January 6th. It’s the side that the media will not show you.