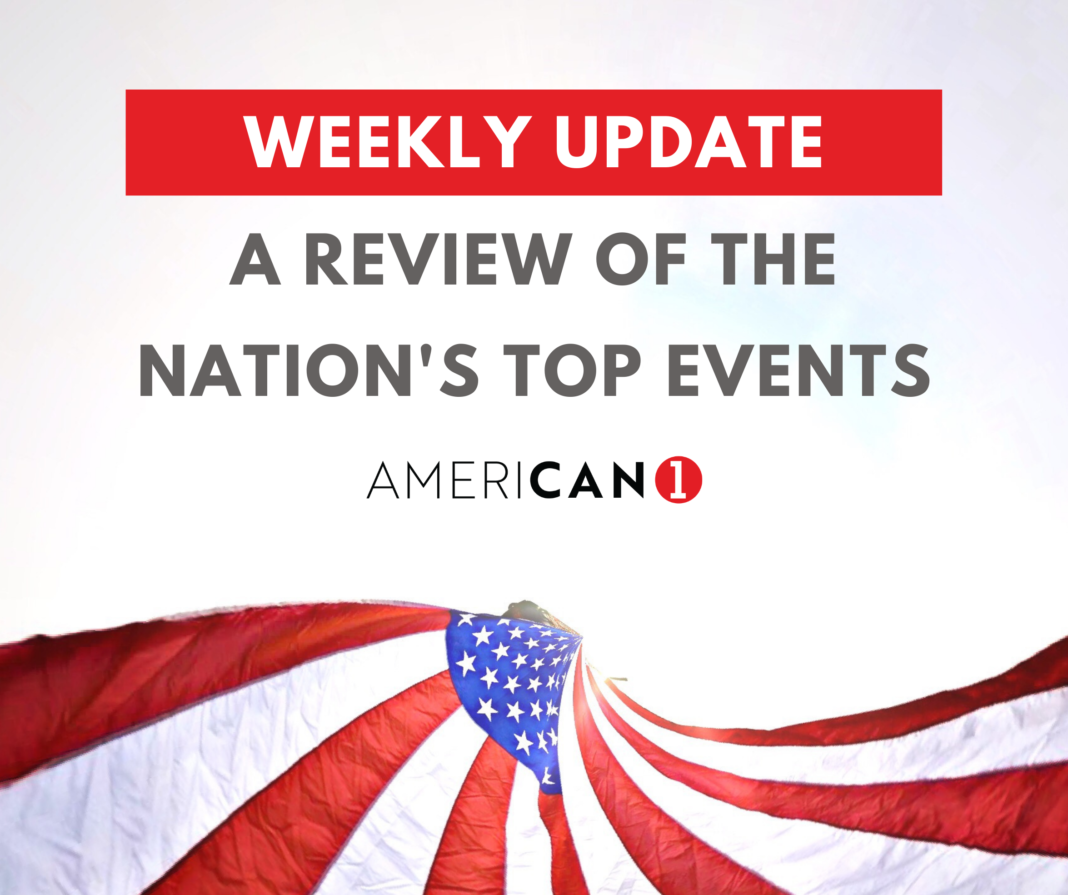 Listen to your update here.

Biden’s legal team argued that a 100-day hold on deportations was necessary to allow the administration to consider making changes to immigration policies.

Later on in the week, Governor Andrew Cuomo came under fire when his top aide admitted that his administration had covered up the scope of the COVID-19 nursing home deaths within the state, fearing an investigation from a potentially Republican Department of Justice.

Cuomo’s aide, Melissa DeRosa, made the remarks during a private conference call with Democratic lawmakers. A partial transcript was released by the governor’s office after DeRosa’s statement appeared in the New York Post. She was recorded as saying “we weren’t sure what we were going to give to the justice department,” she also said when the DOJ requested information last summer, “basically, we froze.”

James’ report sparked speculation that Governor Cuomo and his administration attempted to cover up the number of nursing home deaths to avoid the political fallout of his actions during the pandemic. DeRosa’s statements seem to confirm this theory, which has led to lawmakers from both parties calling to remove the governor’s emergency powers and some demanding resignations from top Cuomo administration officials.

New York’s health department was forced to make 3,800 previously unreported deaths public, pushing the amount of confirmed nursing home deaths from 12,743 to over 15,000.

While lawmakers call for criminal investigations into the Cuomo administration, Governor Cuomo has attempted to blame the nursing home deaths on former President Donald Trump, claiming that he followed ‘federal policy,’ even stating “Look, whether a person died in the hospital or died in a nursing home, it’s the people died.”

Cuomo made several controversial decisions to handle the pandemic, with some even pushing nine of New York’s top health officials to leave their posts because Cuomo refused to take their advice.

Cuomo made public comments criticizing the health experts during his daily press conferences in the midst of the pandemic, even stating that he does not ‘trust’ the experts. Even though Cuomo and other members of the Democrat party have stated numerous times that Trump ‘ignored’ the experts when creating his pandemic plan.

James’ investigation into the Cuomo administration is ongoing and it is unlikely this will be the last time you hear of the situation.

The second impeachment trial of Donald Trump happened very fast and the Senate’s vote to acquit the former President came just at the end of the fifth day of trial. After 45 Republican Senators voted against holding the trial last month, it was clear that getting a conviction was going to be a long shot for House Democrats.

By the time House Impeachment Managers began making their opening arguments on Wednesday, most Republican senators already considered the proceeding unconstitutional, and with a 67-vote supermajority needed to secure a conviction, Trump’s impeachment trial was over before it began.

Lead House Manager Jamie Raskin kicked off his presentation with a video montage containing footage of the unrest at the Capitol on January 6th mashed together with excerpts from the speech that Trump gave to his supporters that day.

Democrats hoped that the montage of ‘never-before-seen’ footage would strike an emotional nerve with Republican senators and possibly persuade them to rethink their stance.

Senator Ted Cruz called the presentation “powerful and emotional” to re-live the terrorist attack on our nation’s Capitol, but maintained that “very little was said about how specific conduct of the president satisfies the legal standard.”

This turned out to be one of the biggest holes in the House Impeachment Managers’ case, they relied too heavily on the personal feelings of the Senators that lived through the January 6 unrest, without proving that former President Donald Trump’s conduct constituted ‘incitement of insurrection.’

House Democrats used up their 16 hours of allotted time to argue their case by the end of the third day, allowing Trump’s legal team to begin presenting arguments on the 4th day.

The defense attorneys argued that the case put forth by House Democrats completely relied on “reported” allegations, which do not hold up in court. This argument was accompanied by a video montage of impeachment managers using the word “reportedly” many times to describe President Trump’s actions.

Trump’s legal team went on to show another video montage of legislators using similar political language that Trump used during his speech made on January 6th. The lengthy video showcased politicians such as House Speaker Nancy Pelosi using ‘inciteful’ language under the definition given to it by House Impeachment Managers.

Trump’s defense rested its case by the end of their first day of presentations but at the start of day 5, House Impeachment Managers filed a last-minute motion to subpoena records and call a witness, sparking a debate with Trump’s attorneys. After hours of delay and debate, a compromise was made to avoid witness depositions altogether.

This allowed the Senate to vote on conviction by the end of the 5th day, leading to a 57-43 vote against convicting former President Trump of “incitement of insurrection.”