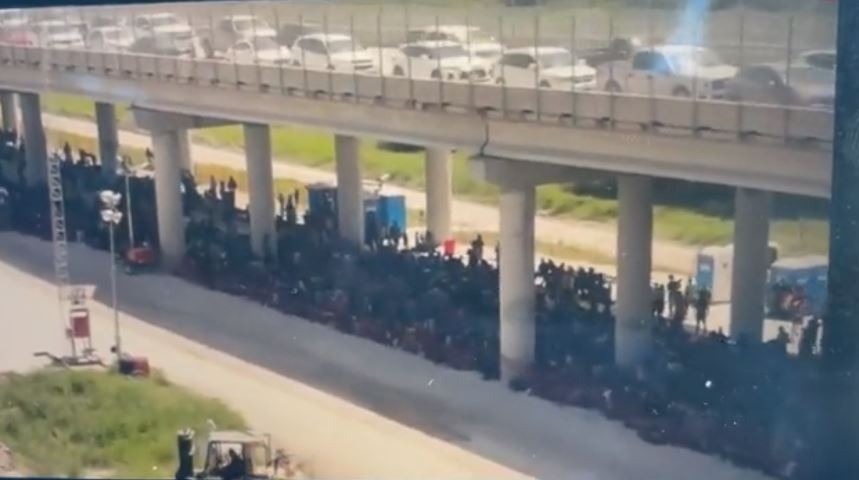 On Sunday, drone footage showing up to one thousand migrants under a bridge being held by the border patrol in Mission, Texas.

NEW: This is the largest group of migrants we’ve ever seen being held by Border Patrol under Anzalduas Bridge in Mission, TX. Looks like it could be up to 1,000 people. We can only get a look at the area with our drone. There’s a popular Rio Grande crossing area nearby. @FoxNews pic.twitter.com/AsAygsO966

The video highlights the growing concern over Former Vice President Biden’s border enforcement policies. Many of his current policies reversed the strict Trump-era policies, which had stemmed the flow of illegal immigration for years.

The issue has grown to such an extent for our nation’s border states that Texas Governor Greg Abbott made the announcement last week that he sending the Texas National Guard to the border to make arrests.

In the month of June, it has been reported that border enforcement officials have had 55,805 encounters with illegal immigrants, which is a 25% increase from May.