American 1
Home Articles Black Mother Criticizes Critical Race Theory, “This Is Not Something That We...
Facebook
Pinterest
WhatsApp 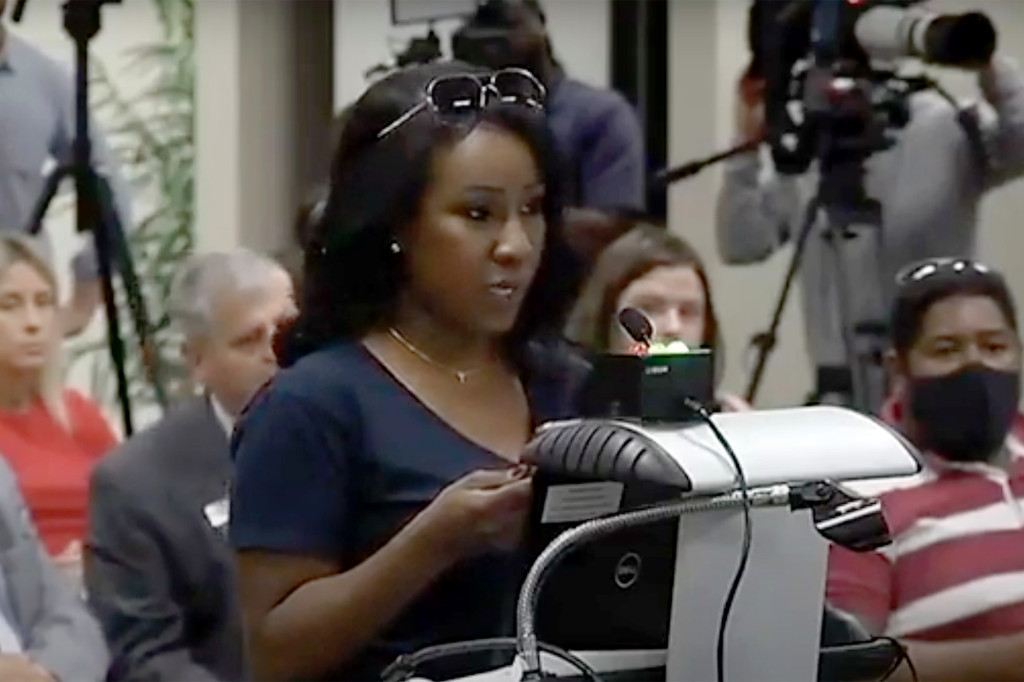 Amid calls from progressive Democrats to begin teaching Critical Race Theory (CRT) in U.S. schools, Keisha King, a black mother from Florida, criticized CRT during a speech to the Florida Board of Education.

King, a representative of Moms for Liberty, praised school choice and bashed CRT, warning that the adoption of the theory in U.S. schools could dismantle “the greatest country in the world by reverting to teaching hate and that race is a determining factor on where your destiny lies.”

“Just coming off of May 31st, marking the 100 years of the Tulsa riots, it is sad that we are even contemplating something like critical race theory, where children will be separated by their skin color and deemed permanently oppressors or oppressed in 2021. That is not teaching the truth, unless you believe that whites are better than blacks. I have personally heard teachers teaching CRT and we have had an assembly shutdown because a Duval County Public School System consultant thought it would be a great idea to separate students by race. This is unacceptable,” King told the board.

“CRT is not racial sensitivity, or simply teaching unfavorable American history, or teaching Jim Crow history. CRT is deeper and more dangerous than that,” she added.

Critical Race Theory advocates that all society is built around ‘oppressive systems of power’ which are unconsciously upheld by the ‘privileged’ members of society. It was derived from the Marxist-inspired Critical Theory.

“This is not something that we can stand for in our country,” Kind said. “And don’t take it from me, look at the writers of these types of publications, our ancestors, white, black, and others hung, bled, and died right alongside each other to push America towards that more perfect union. If this continues, we will look back and be responsible for the dismantling of the greatest country in the world by reverting to teaching hate and that race is a determining factor on where your destiny lies.”