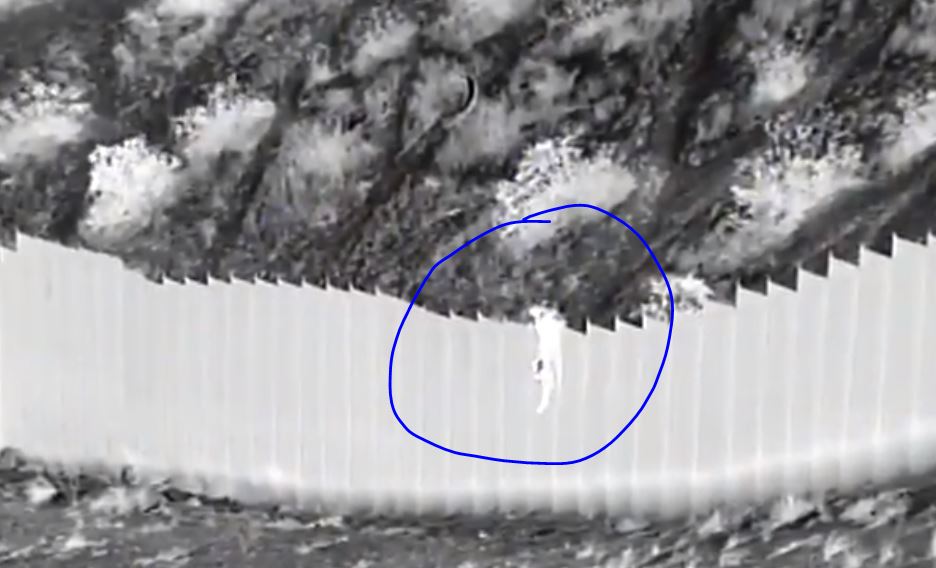 According to US Customs and Border Protection, two toddlers were rescued after being dropped over a 14-foot border wall on Tuesday night.

Someone filming the border near Santa Teresa spotted “a smuggler dropping two young children from the top of the approximately 14-foot-high border barrier.” The smugglers left the scene. Agents were notified and quickly dispatched to attend to the toddlers that were dropped in a remote area.

Smugglers, under cover of night, scaled a 14 ft. border barrier and cruelly dropped 2 young children in the middle of the New Mexico desert. The girls, ages 3 & 5, were left miles from the nearest residence. Thank you STN Agents for rescuing these children! @CBP @CBPWestTexas pic.twitter.com/U91y2g8Lk1

“Agents contacted Emergency Medical Services and the toddlers were transported to a local hospital for precautionary reasons and further evaluation. The two girls were medically cleared and currently remain in Border Patrol temporary holding pending placement by Health and Human Services.”

According to the statement  “Responding agents found the three-year-old and five-year-old Ecuadoran children and rendered aid to them. The two toddlers are sisters and both were alert when agents made contact with them.”

The two female toddlers were examined and taken into HHC custody.  “Agents contacted Emergency Medical Services and the toddlers were transported to a local hospital for precautionary reasons and further evaluation,” the report said.