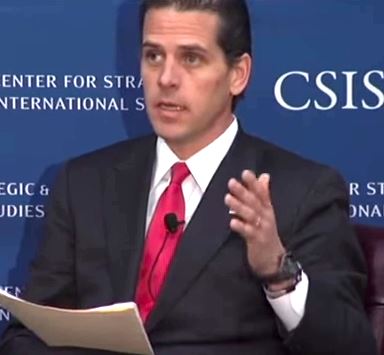 Hunter Biden acknowledged that the laptop that was recovered last year reportedly containing a detailed catalog of his business dealings in Ukraine and elsewhere, may hay have been his.

The laptop began to gather attention after it was dropped off at a computer repair store in Delaware. The owner of the store, John Paul Mac Isaac, claims that Hunter Biden gave him the laptop and asked Isaac to recover the contents of the machine.

After repairing the device, Isaac claims he was contacted by law enforcement and the computer was seized by the FBI.

During the CBS interview, Hunter Biden briefly recalled a moment during the 2020 campaign that he says helped him turn away from drugs.

“That’s how powerful. I don’t know of a force more powerful than my family’s love. Except addiction,” Hunter Biden added.

Although Hunter did not admit to owning the laptop, he is currently under investigation by Congress lawmakers.