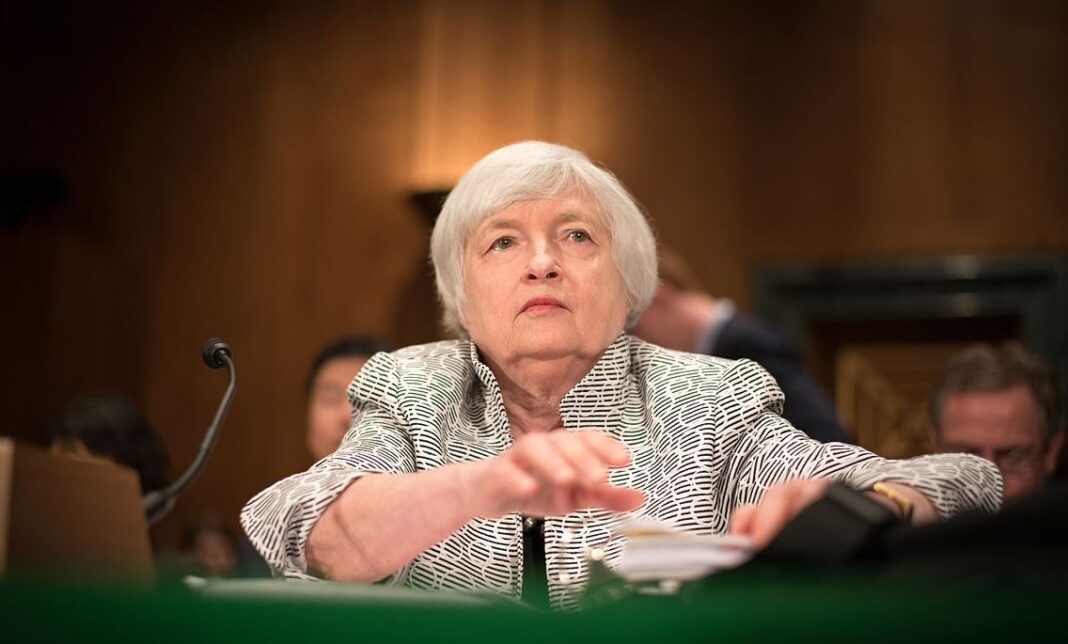 Instead of finding ways to lower debt and stay within a budget (like most US households do), Treasury Secretary Janey Yellen said on Thursday that she would back the abolishing of the United State’s debt ceiling.

In May, a bill was introduced to get rid of our national debt ceiling. And when asked during a hearing before the House Financial Services committee if she would back it, Yellen said “yes, I would.”

Responding to Representative Casten (D-ILL), Yellen said, “If to finance those spending and tax decisions, it’s necessary to issue additional debt, I believe it’s very disruptive to put the president and myself, the Treasury secretary, in a situation where we might be unable to pay the bills that result from those past decisions.”

Currently, the national debt for the United States stands at $28.4 trillion. Since Biden has taken office, $700 billion has been added to the total debt. Currently, our budget deficit is $2.71 trillion.