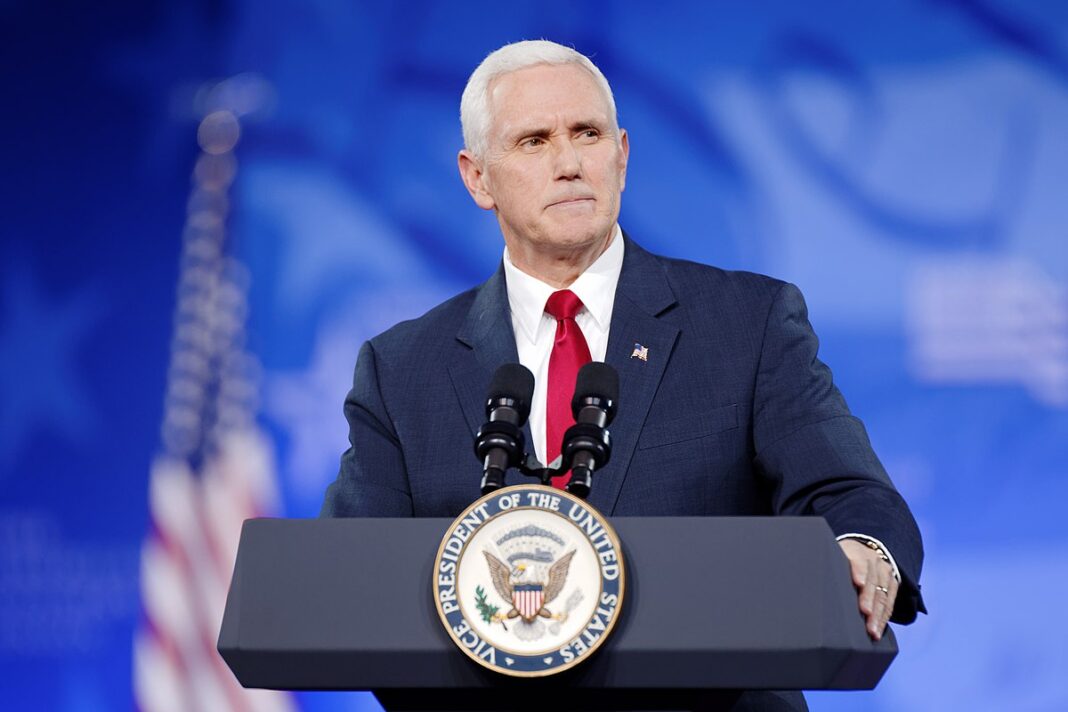 Amid a push from the Biden administration to teach Critical Race Theory in all American schools, former Vice President Mike Pence said the endeavor is a “wholehearted embrace of the radical left’s all-encompassing assault on American culture and values.”

“They abolished our 1776 Commission and authorized teaching critical race theory in our schools,” said Pence. “Instead of teaching all of our children, regardless of race or creed or color, to be proud of their country, critical race theory teaches children as young as kindergarten to be ashamed of their skin color,” Pence said while speaking during an annual Lincoln Reagan Dinner in Manchester, New Hampshire.

Critical Race Theory advocates that all society is built around ‘oppressive systems of power’ which are unconsciously upheld by the ‘privileged’ members of society. It was derived from the Marxist-inspired Critical Theory.

During former President Donald Trump’s term, he established the 1776 commission in an effort to prevent the teaching of the theory by taking “historic and scholarly steps to restore an understanding of the greatness of the American founding.”

“Well, Let me say as my friend Tim Scott said, with great effect on the national stage not long ago. America is not a racist country. It’s past time for America to discard the left-wing myth of ‘systemic racism.’ And I commend state legislatures all across the country and governors for banning critical race theory from our schools,” Pence said.