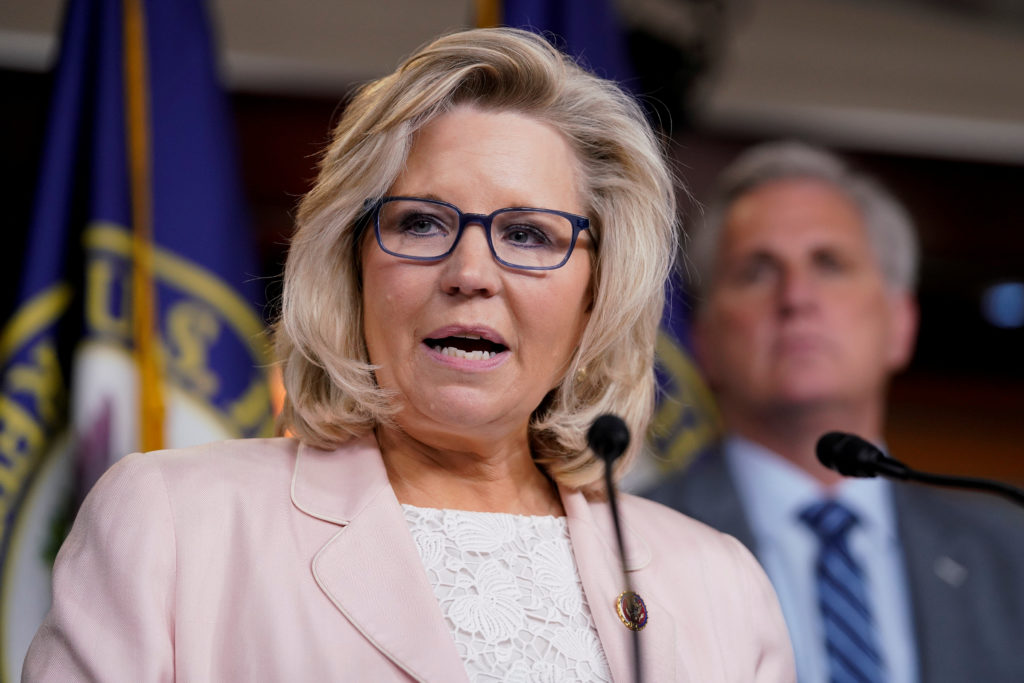 On Wednesday, House Republicans voted to oust Representative Liz Cheney from her leadership position in a voice vote that took less than 15 minutes. The move by the GOP lawmakers came after Rep. Cheney, the daughter of former Vice President Dick Cheney, made many public comments criticizing former President Donald Trump as well as the rest of the Republican party.

During the closed-door meeting, Cheney reportedly told her Republican colleagues, “If you want leaders who will enable and spread destructive lies, I’m not your person, you have plenty of others to choose from.”

“I will do everything I can to ensure that the former president never again gets anywhere near the Oval Office,” Cheney told reporters shortly after being voted out.

“The nation needs a strong Republican Party. The nation needs a party that is based on fundamental principles of conservatism. And I’m committed and dedicated to ensuring that that’s how the party goes forward, and I plan to lead the fight to do that,” she added.

“She is a talking point for Democrats, whether that means the Border, the gas lines, inflation, or destroying our economy. She is a warmonger whose family stupidly pushed us into the never-ending Middle East Disaster, draining our wealth and depleting our Great Military, the worst decision in our Country’s history. I look forward to soon watching her as a Paid Contributor on CNN or MSDNC!” former President Donald Trump said in a statement released after the vote.

With Cheney’s former spot as House Republican Chair left open, several house GOP leaders have gotten behind Rep. Elise Stefanik to take the job. Shortly after the vote, Stefanik announced over Twitter that she is officially campaigning for the job.