American 1
Home Articles “Let’s Go Brandon” Has Been With Us For One Year (And It’s...
Facebook
Pinterest
WhatsApp 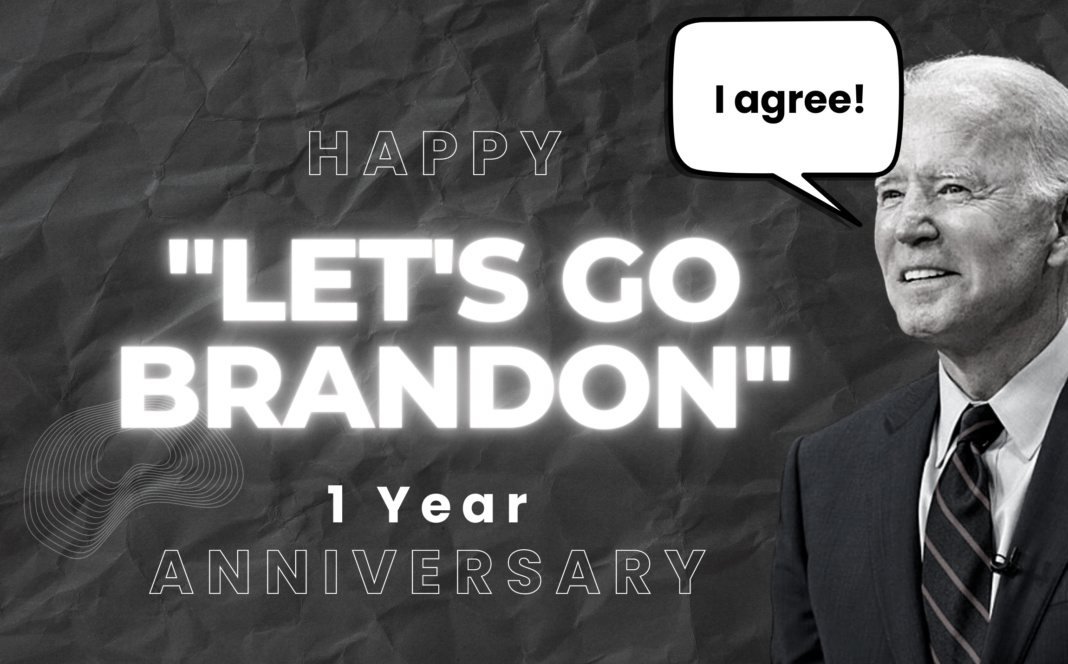 The famous chant “Let’s Go Brandon” has now been part of the the national culture for exactly one year.

The catchphrase has been used by critics of former Vice President Biden, to replace the much more R-rated “F*** Joe Biden.” The chant became most popular during sporting events, where viral videos showed thousands of people shouting “Let’s Go Brandon” in unison.

The trend began during Brandon Brown’s victory at the NASCAR Xfinity Series race on October 2nd, 2021. Brandon was appearing on camera, giving an interview about his win. The crowd in the background can be heard saying “F*** Joe Biden.”

NBC’s Kelli Stavast, who was interviewing Brandon, commented on the chant and said the fans were really saying, “Let’s Go Brandon.”

One year ago, Let’s Go Brandon was born

Journos have still not recovered pic.twitter.com/hYYkvbryIk

One of the most famous “Let’s Go Brandon” moments occurred during a live appearance on the North American Aerospace Defense command’s (NORAD) annual Santa-tracking event. At one point during the event a man called in and spoke to Biden.

Biden said to the called, “Well, I hope you have a wonderful Christmas.”

The man on the other end said, “Yeah, I hope you guys have a wonderful Christmas as well. Merry Christmas, and let’s go, Brandon.”

The phrase “Let’s Go Brandon” quickly became a funny and poignant rebuke of Biden and his administration. It became so widespread social media, legacy media and tech companies began saying the phrase was “vulgar.”

Even though it’s been a year, Let’s Go Brandon remains popular amongst Americans who are unhappy. As middle class families bare the brunt of rising inflation, global unrest, censorship, and soaring food and gas prices, it doesn’t appear “Let’s Go Brandon” is going to fade from common vernacular.