American 1
Home Articles McConnell Says “One Hundred Percent” of His Focus is on “Standing Up...
Facebook
Pinterest
WhatsApp 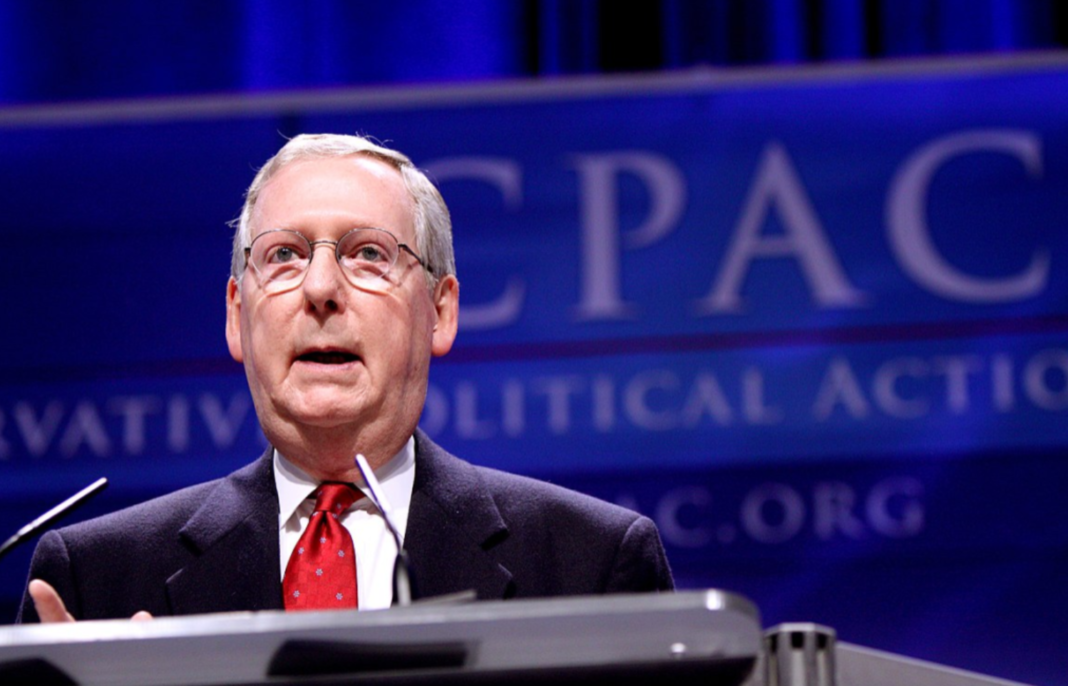 On Wednesday, Senate Minority Leader Mitch McConnell said that “one hundred percent” of his focus is going towards stopping President Joe Biden and his administration’s agenda.

“One hundred percent of my focus is standing up to this administration,” McConnell said during a press conference in his home state of Kentucky. “What we have in the United States Senate is total unity from Susan Collins to Ted Cruz in opposition to what the new Biden administration is trying to do to this country,” he added.

McConnell’s comments came in the midst of calls for bipartisanship on negotiations for a potential infrastructure bill. Republicans have also been critical of the Biden administration’s support of gun control, D.C. statehood, and voting laws that have passed through the House.

“We’re confronted with severe challenges from a new administration and a narrow majority of Democrats in the House and a 50-50 Senate to turn America into a socialist country, and that’s 100 percent of my focus,” McConnell said.

In response to McConnell’s comments, White House Press Secretary Jen Psaki attempted to reframe McConnell’s comments, telling reporters, “The contrast for people to consider is 100 percent of our focus is on delivering relief to the American people, and getting the pandemic under control, and putting people back to work.”

“The door to the Oval Office is open,” she added.