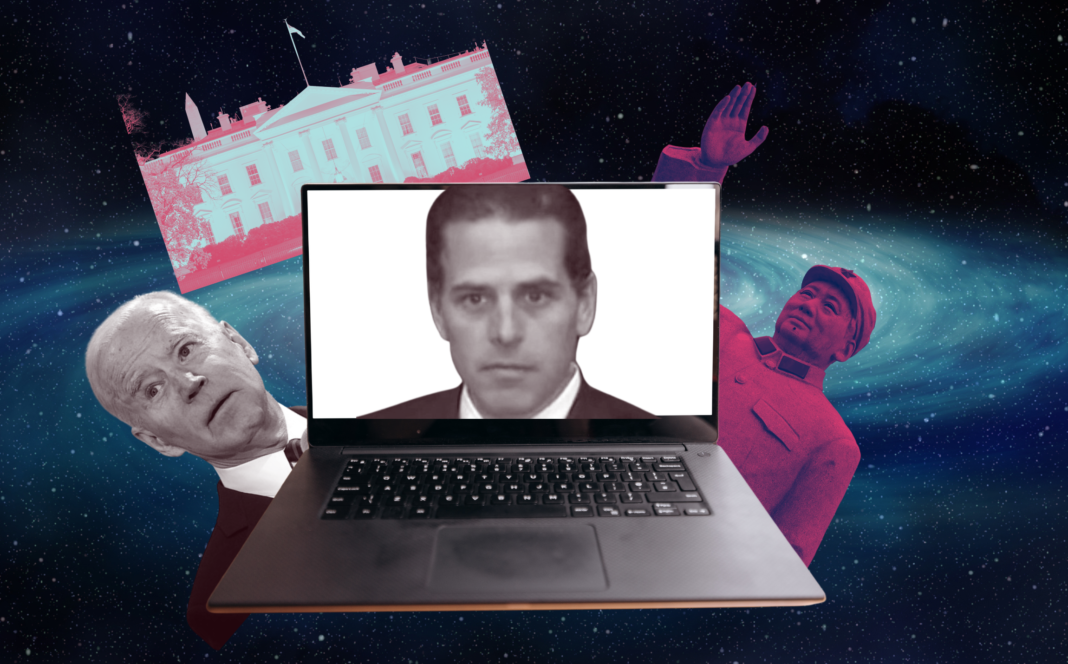 OPINION – In the following two-article series, we’ll look at the fallout surrounding Hunter Biden’s notorious laptop and the implications of his foreign business dealings being a national security risk and potential national security threat.

This installment will focus on discovering the laptop’s contents and the ongoing congressional probes. The second installment highlights how the young Biden is threatening national security.

John Paul Mac Isaac had no idea the can of worms resulting from that water-damaged laptop being dropped off at his computer repair shop.

The then-owner of The Mac Shop in Wilmington, Delaware, received the device in April 2019 from a man who identified himself as Hunter Biden. After completing the repairs, months passed, but no one returned to claim the computer. Having witnessed the information on the hard drive, Mac Isaac grew concerned. He copied the drive information and turned it over to the FBI and later to Rudy Giuliani.

When the New York Post broke the story about the contents of Hunter’s laptop in October 2020, all hell broke loose on multiple fronts. Legacy media, big tech, political activists, influencers, and even lawmakers and Pentagon officials went into overdrive, directing traffic around and away from the wreck discovered on the laptop. Photos and videos of Hunter’s participation in illegal drug use, soliciting prostitutes, and engaging in sexual activity were terrible enough. However, the thousands of emails containing questionable, even suspicious, business dealings with foreign entities are the greater concern.

Although it wasn’t until March 2022 that the legacy media acknowledged the laptop’s validity, the potential crimes and harm the young Biden was involved in looms large, a specter to U.S. national security.

However, the truth is coming out little by little. Things are being brought into the sunlight one disinfecting ray at a time.

Hunter Biden’s Burisma, CEFC China Energy, and Russian corruption connections have been scrutinized by members of Congress since 2019. Sen. James Comer (R-Ky) noted in a press release that Hunter Biden’s business ventures had been under scrutiny since the Obama years when the Department of Justice (DOJ) took notice.

Comer noted the evidence is clear. Joe Biden not only talked with his son about his business deals but also met with Hunter’s business partners. Comer wrote in the release, “The misleading statements by President Biden are even more troubling now that Russia has singled out Hunter Biden on its sanctions list instead of any of the other Biden children.”

The documentation continued, “Given Hunter Biden’s foreign business relationships in Ukraine and Russia and the current international landscape, we are concerned about whether Hunter Biden continues to profit off his status as President Biden’s son as well as whether foreign adversaries may be attempting to exploit questionable business dealings.”

Comer also tweeted that 150+ banking transactions of Hunter’s were “flagged,” but the president had changed the rules, making it more difficult for Congress to access the information from the Treasury Department. The flagged transactions were due to suspicious activity reports or SARS.

SARS are filed by financial institutions when clients make large cash transactions or transfers that could signal criminal activity, such as tax evasion or money laundering. However, many such transactions are not improper. Comer vowed that if Republicans regain the House in the midterms, Hunter Biden will be investigated, as the New York Post reported.

In a press release, Sen. Ron Johnson (R-Wis) joined Sen. Chuck Grassley (R-Ia) on the senate floor and called for an investigation of the Biden family’s connections to Russia and China. In the press release, Johnson laid out a timeline of the Biden family’s questionable foreign business deals beginning in Feb. 2014. Johnson stressed that he and Grassley would pursue the truth, and the American people would get the answers they deserve.

How could this timeline be accurate? How could a sitting vice-president be privy to such questionable and unscrupulous activity? And where’s the proof? Continue learning more in our next article.