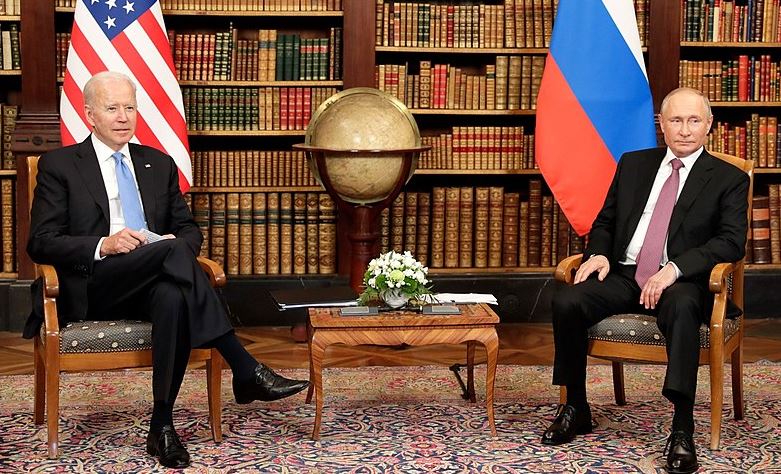 Speaking with host Maria Bartiromo, Ratcliffe said, “I could make an argument that the first five months of the Biden administration have been the best of Vladimir Putin’s political life.”

Ratcliffe went on saying, “Just from an economic standpoint, folks know that Vladimir Putin was 3-0 when it comes to pipelines. Joe Biden shut down the Keystone pipeline. That was a win for Putin. Criminal networks in Russia shut down one of our major pipelines, the Colonial Pipeline. That was a win for Putin. And, of course, Joe Biden responded by giving Vladimir Putin the one thing that he wanted most, which was the Nord Stream II pipeline, the ability to finish that, and, by doing so, to control the flow of energy into Western Europe.”

Ratcliffe went on to talk about the “list” that Biden reportedly gave to Puting, which included sites and/or organizations that, according to Biden, are “off limits” to Russian hacking. Ratcliffe said, “To hand him that kind of list is essentially to hand him a target list, to give your adversary, whatever you do, don’t attack these. These are where we’re most vulnerable, so stay away from that. I mean, that’s how Vladimir Putin would look at that. I don’t know who’s coming up with the strategies. But if you’re going to give Vladimir Putin a list, it should have been a list of our targets. It should have been, hey, if we suffer another major cyberattack, we’re coming after one of these, or, even better, shut down the lights in the Kremlin before you go to the summit, so that Vladimir Putin knows you mean business and that when you say, don’t cross these red lines, or there will be consequences, he knows that you’re serious about that.”