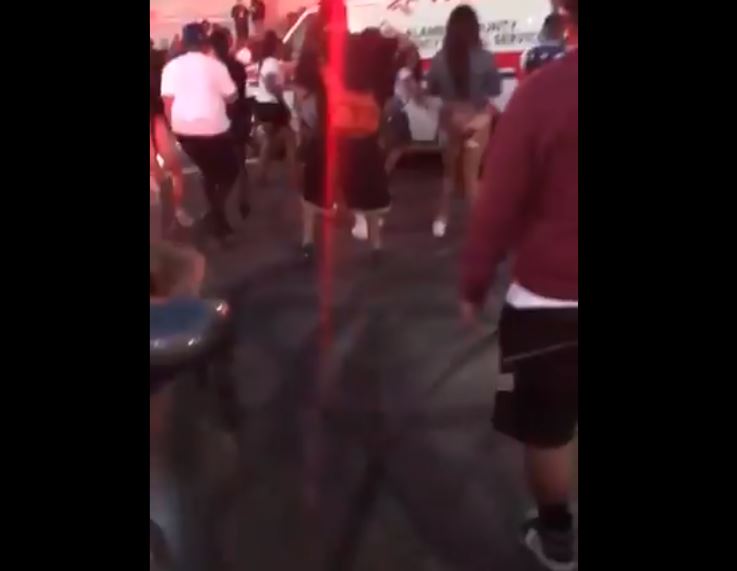 In a video posted to Twitter, multiple women surrounded an ambulance and began twerking on top of and around the ambulance that was responding to a mass shooting in Okaland, California.

The Oakland police said, on Juneteenth, approximately 5,000 people gathered to celebrate the new federal holiday. During that gathering, seven people were victims of a mass shooting, leaving one dead.

Shooting at Oakland CA Juneteenth celebrations last night, leave 1 dead and 5 injured. This is how people reacted when the EMTs arrived. pic.twitter.com/AcFPciJuzq

As of the time of this reporting, it is unclear as to how the shooting was connected to the gathering, if at all. However, it is suspected that gangs were involved in the skirmish.

According to Oakland police, “On June 19, 2021 a large crowd of 5,000 gathered at Lake Merritt. Due to the large crowd gathering and vehicle traffic, OPD directed resources … to the area to monitor for public safety. At 6:22PM, a shooting occurred in the 2200 block of Lakeshore Avenue.” The police report went on to say, “At this time, six victims suffered gunshot wounds, five males ranging from age 16-27 and one female 21-years-old. One male, 22, was pronounced deceased at the hospital. The other five victims are reported to be in stable condition.”

The department also said, “Immediately after the shooting, Oakland Police Officers observed two men running from the scene with firearms. Both men have been arrested and two firearms recovered. Currently, the Oakland Police Department’s Homicide Investigation Unit will determine if the individuals are connected/responsible for this shooting.”