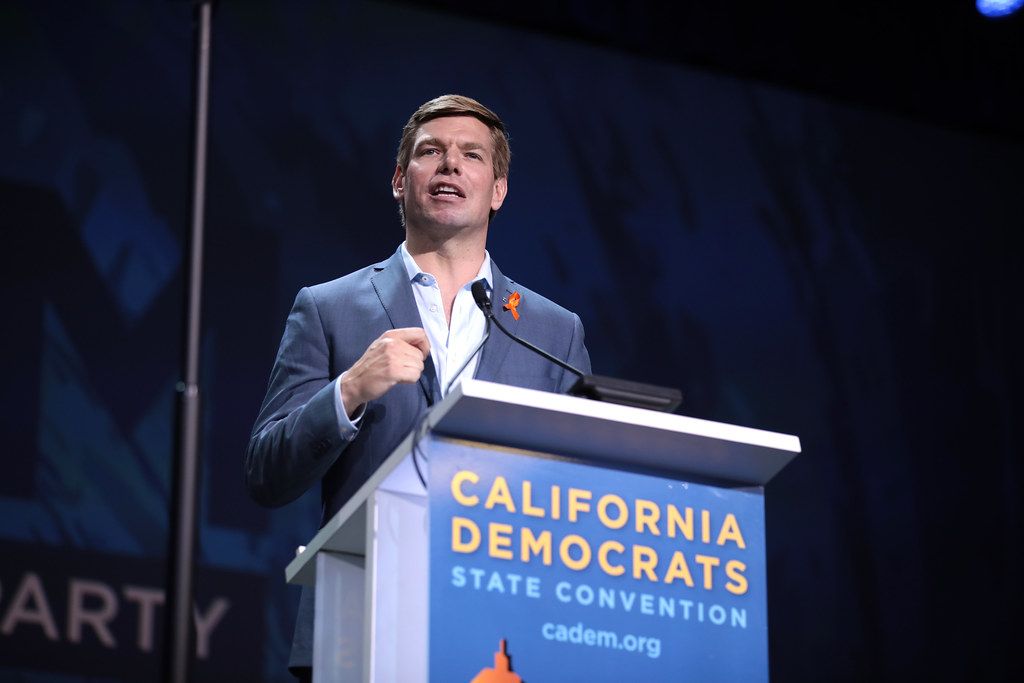 Swalwell claims that Trump and others made “false and incendiary allegations of fraud and theft, and in direct response to the Defendant’s express calls for violence at the rally, a violent mob attacked the U.S. Capitol.” The lawsuit also alleges that the defendants intentionally inflicted ’emotional distress’.

In Swalwell’s statement on the lawsuit, he claimed that Trump’s team “assembled, inflamed and incited the mob, and as such are wholly responsible for the injury and destruction that followed.”

Jason Miller, a spokesman for Trump, called Swalwell a “low-life” with “no credibility”, adding “Now, after failing miserably with two impeachment hoaxes,” Swalwell is targeting “our greatest President with yet another witch hunt.”

Swalwell has been under fire in recent months after an alleged Chinese Spy targeted him and worked on his campaign before fleeing the country, causing Republican lawmakers to question his validity to continue serving on a House homeland security committee.

Attorney Harmeet K. Dhillon, who works with former Trump lawyer Ron Coleman, poked fun at Swalwell’s lawsuit on Twitter, “Can we citizens sue Swalwell for conspiring with a Chinese spy? I mean it’s at least negligent, right? Subverts our democracy, etc. The possibilities are endless.”