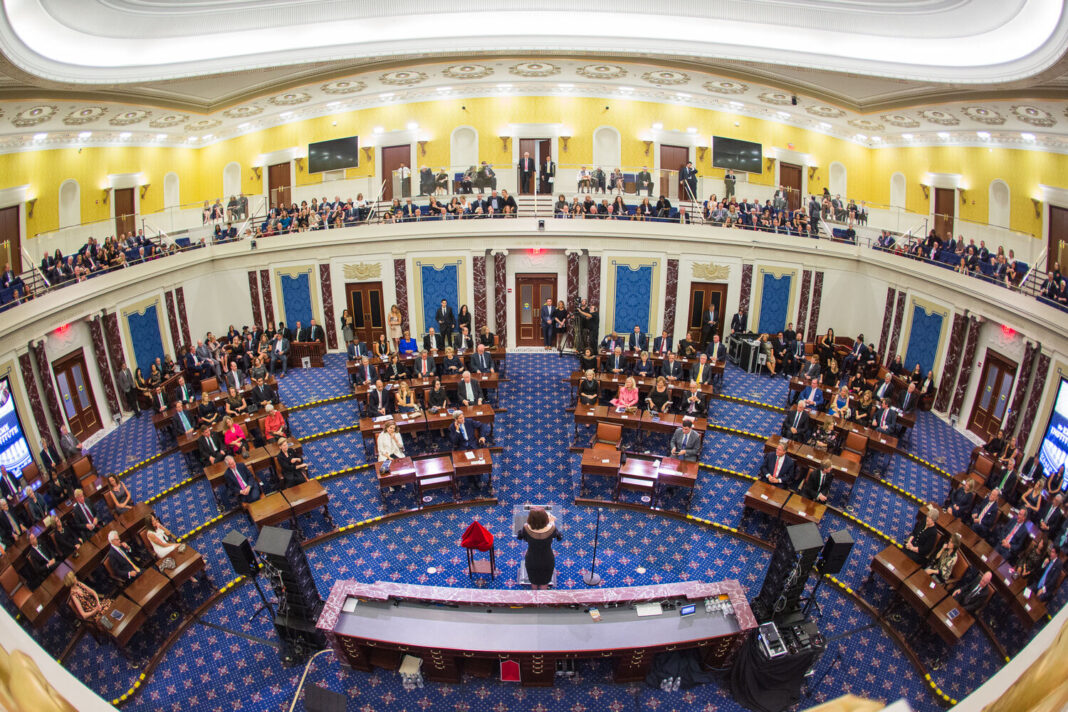 The Senate approved the $1.9 trillion stimulus package on Saturday, with all 50 Democrats voting for the bill and all present Republicans voting against it. One Republican was absent during the vote.

The relief bill was passed with three amendments. The first was amendment #1092, introduced by Senator Rob Portman, which reduced the unemployment bonus from $400 to $300.

Another change was amendment #1342, introduced by Senator Jerry Moran, which provided a date to modify funding requirements for educational institutions.

The last proposal was amendment #1233, introduced by Senator Lisa Murkowski, which allocated $800 million of the Elementary and Secondary School Relief Fund to help homeless children.

The Senate also removed the proposed $15 federal minimum wage from the bill, although President Joe Biden has made it clear that he plans to increase the minimum wage during his presidency.

Congress Republicans refused to vote for the bill, citing problems with the targeting of the $1.9 trillion. They argued that only 9% of the funding will be spent on matters directly related to the COVID-19 pandemic.

Senator John Thune said, “Senate Democrats just managed to pass their bloated spending bill disguised as ‘COVID relief.’ This is the first COVID bill to be entirely partisan because it isn’t designed to help end the pandemic, it’s a blatant attempt from Dems to jam through a partisan wish list.”

Thune added, “This boondoggle of a bill is a case study in the pitfalls of pure partisanship. Democrats set the record for the longest recorded vote in modern history because it wasn’t ready for primetime.”

White House Press Secretary Jen Psaki said that despite the amendments made to the relief bill, it remains ‘incredibly progressive.’