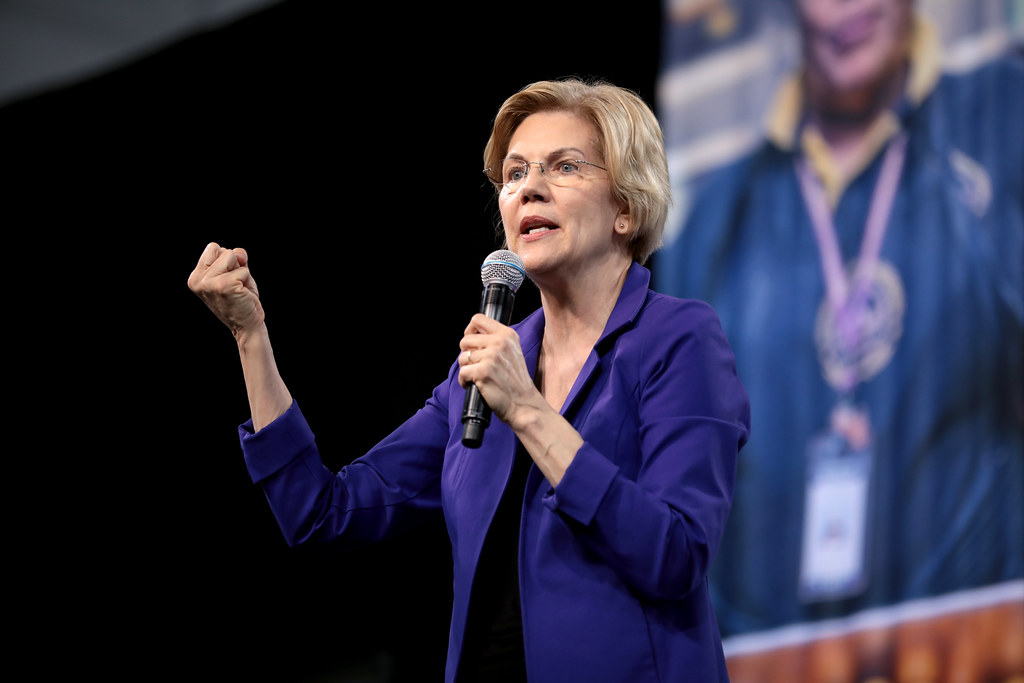 During an interview on May 5, Senator Elizabeth Warren said that Facebook’s move to uphold its ban on former President Donald Trump is concerning, adding that the company has become too powerful.

“I’m glad that he’s not on Facebook,” Warren told Cheddar News. “I think that he poses a real danger. But I don’t think that Facebook ought to have this kind of power.”

Warren, a former presidential candidate, voted to convict Trump during both impeachment processes.

The Democrat senator went on to say that social media giants are “crushing competition, and in cases like Facebook, they’re acting like they’re bigger than government.”

“We need to break up these giant tech companies, and Facebook is one of them,” she added.

Later during an interview with Yahoo Finance, Warren had a similar answer after being questioned about Facebook’s decision. “This is just further demonstration that these giant tech companies are way, way, way too powerful,” Warren pointed out.

Warren’s comments echoed concerns raised by conservatives over the last few years, as big tech companies have been accused of stifling right-leaning speech based on a perceived political bias towards the left.

At the same time, left-leaning social figures have argued that the companies are not doing enough to remove ‘misinformation’ and ‘hate speech’ from their social media sites.

“What Facebook, Twitter, and Google have done is a total disgrace and an embarrassment to our Country. Free Speech has been taken away from the President of the United States because the Radical Left Lunatics are afraid of the truth, but the truth will come out anyway, bigger and stronger than ever before,” Trump said in a statement after Facebook announced its decision to uphold the ban. “These corrupt social media companies must pay a political price.”