A tweet by Senator Hawley had an unusual comment on it. Well, the comment wasn’t unusual. It was who was making it. And it could have cost one of America’s largest retailers.

Walmart executives must have been shocked to learn their company sent out a tweet that targeted Senator Hawley’s decision to object to the electoral college votes. Not only did it speak to a very controversial topic, but it also was very condescending to anyone who would favor the Senator’s move.

Senator Hawley’s tweet said, “Millions of voters concerned about election integrity deserve to be heard. I will object on January 6 on their behalf.”

Commenting on this Tweet was @walmart saying, “Go ahead. Get your 2-hour debate #soreloser

Yup. Walmart…effectively called anyone approving of Hawley’s move a “#soreloser 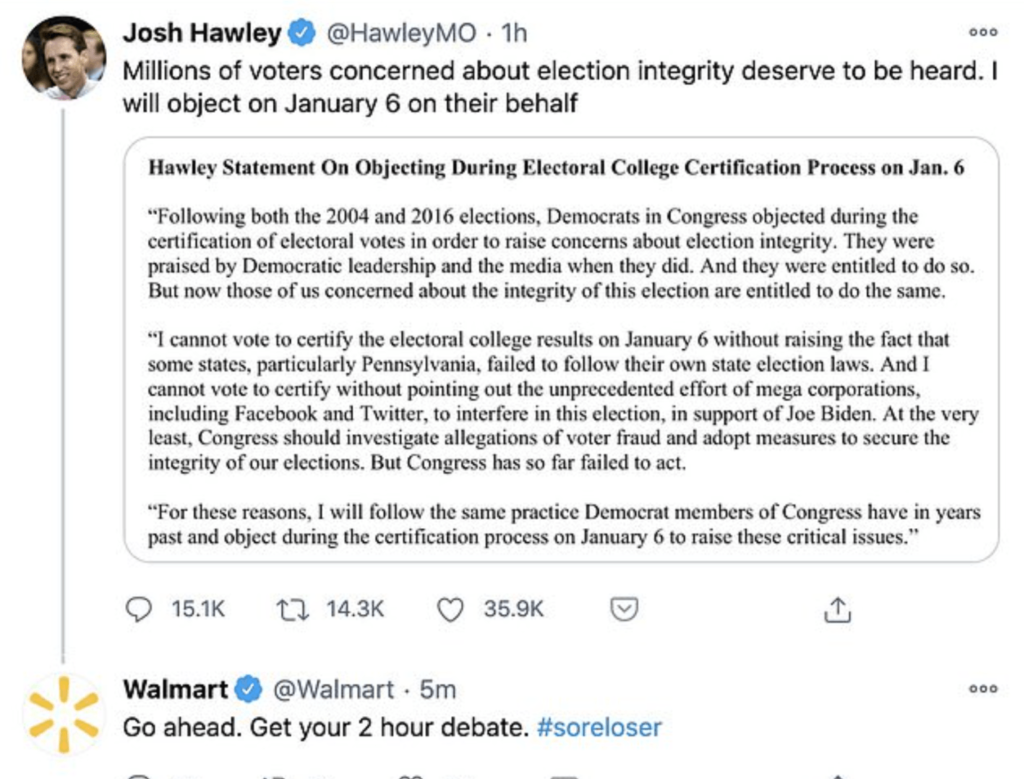 While we believe this is true, we feel the need to correct the Walmart associate and say it’s not just a two-hour debate. Hawley could force a two-hour debate for each contested state. If he contests 6 states, that’ll be 12 hours of debates.

But the damage had been done. #boycotwalmart was trending on Twitter, with customers stating their intention to never shop at Walmart again. Identity politics has saturated our culture for many years now. To many conservatives, the reaction is both swift and effective…take your money somewhere else.

As the age-old passage goes, “get woke go broke.”