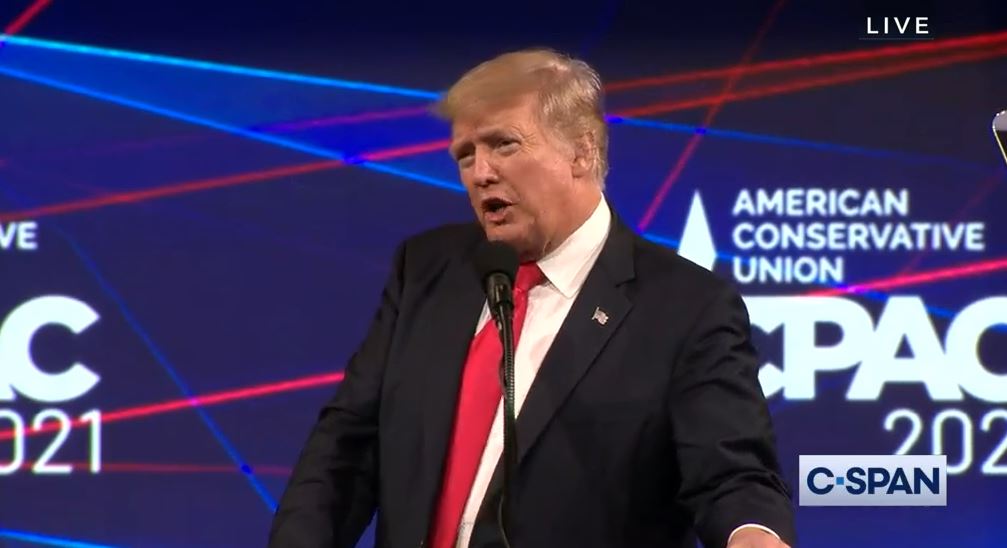 On Sunday evening, President Trump gave a stirring speech during the 2021 CPAC conference.

Lasting around an hour and a half, Trump went on to describe his administration’s successes, comparing his accomplishments to that of the Biden Administration.

Most notably, Trump spoke about how Biden’s border policies has created a wave of illegal immigration. And, those who are entering the United States illegally wouldn’t have been able to do so, if he were still in charge of the border.

The speech was filled with the usual “isms” that have become part of the Trump brand. Going off-script, praising the efforts of conservative Republicans and bringing up the 2020 election.

Straw polls taken during the CPAC conference indicate that most republicans still want Trump to be the face of the Republican party. In second place is Florida Governer Ron DeSantis.

Trump went on to call foul in regards to the media’s and official’s treatment of Trump’s former lawyer Rudy Guiliani. He stated Democrats and liberal-leaning jurisdictions have pulled Rudy’s law license because of his unpopular opinions. Trump went on to state that this is a dangerous path for Americans who want to retain their 1st Amendment rights to free speech.

Many had wondered what Trump’s speech would mean for the Republican party. In a signal to the direction he would like to take the GOP, Trump pushed for conservatives to support “MAGA” candidates. He also, several times, called out Republicans for being “too nice.” He would like to see a more politically-aggressive and politically-active conservative base to combat the overwhelmingly liberal policies coming out of today’s White House.