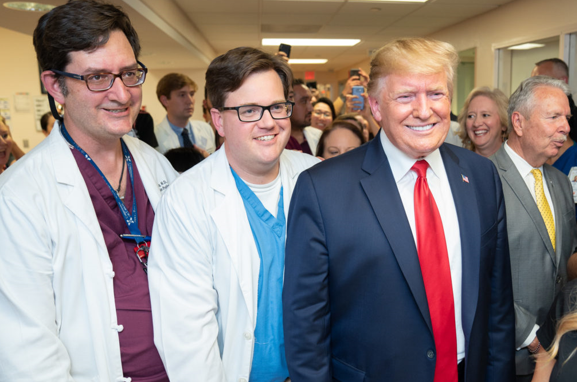 A recurring Gallup poll done in 2020 found that President Donald Trump is the most admired man in America. The poll has been performed every year, putting former President Barack Obama in first place for the last 12 years. Gallup’s 2019 poll on the subject tied President Trump and Obama, effectively putting an end to Obama’s decade long streak.

This is the tenth time President Trump has made the top 10 list and the first time he has been number 1 altogether. Four of his top 10 runs were before he ever entered the world of politics.

Among Republican participants, half voted for President Trump. Far outperforming any other name on the list between Republican respondents.

The current U.S. President received 18% of the poll votes giving him the title of most admired man. Obama, who came in second place, received 15% of the votes. Independent participants voted right down the middle between President Trump and Obama, with 11% of their vote going to each.

The source of the poll and more information about its findings can be found on the Gallup website. (link)