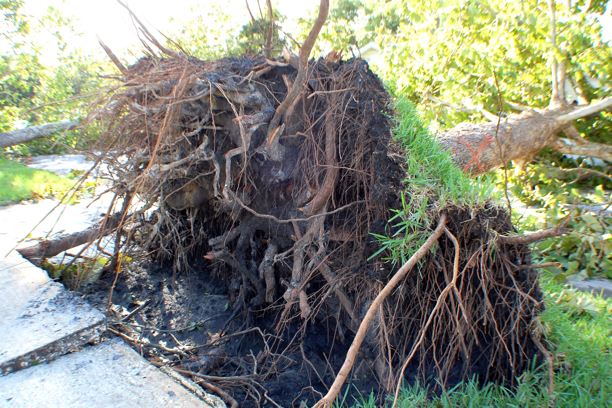 The Category 4 hurricane prompted a mass evacuation from the state’s most vulnerable areas. However, there were those who chose to stay behind.

According to the New York Times, “Ida’s eye came ashore late Sunday morning near Port Fourchon, La., with maximum sustained winds of 150 miles an hour, just shy of the 157 m.p.h. winds of a Category 5 storm.” The report continued, “Storm waters are expected to strain the levees and pumps and other hurricane defenses that were reinforced around New Orleans after Hurricane Katrina.”

Speaking to the current recovery effort in Louisiana, Governor John Bel Edwards said,  “no doubt that the coming days and weeks are going to be extremely difficult for our state and many, many people are going to be tested in ways that we can only imagine.”

Edwards went on to note that this was “one of the strongest storms to ever hit Louisiana.”

We’ve observed hurricanes packing their punch well inland but typically they’re zipping along. The heat content of brackish water must be extreme, and it makes sense. Those bogs fester at 95°F+ and hotter in the sun on a given summer day. pic.twitter.com/PCk5R94JGv

In regards to power outages, the Weather Channel is reporting, “More than 814,000 homes and businesses were without power in Louisiana as of about 7 p.m. CDT.” The channel went on to say “Entergy, the state’s largest utility provider, said that number included every customer in New Orleans. The outages reflect only individual accounts – not the number of people actually in the dark.”

Speaking to Fox News, Vice Admiral Steven Poulin, Commander of Coast Guard Atlantic Area, said “Unfortunately, the weather right now is preventing us from responding down into the impact area. It’s beyond our weather parameters but we’ll respond to any distress needs of assistance as soon as we can.”

Crews at @USCG Aviation Training Center Mobile ensure that their assets are mission ready prior to post-Hurricane Ida operations.

As soon as it is safe to operate after a storm, the Coast Guard will provide the life-saving support needed in hurricane-stricken areas.#USCGIda pic.twitter.com/nz4wS9T5Gm

The camera that we put in Laplace at Frenier Landing was 10 feet above the ground. This is what it looks like right now. pic.twitter.com/r1sPslU7nU