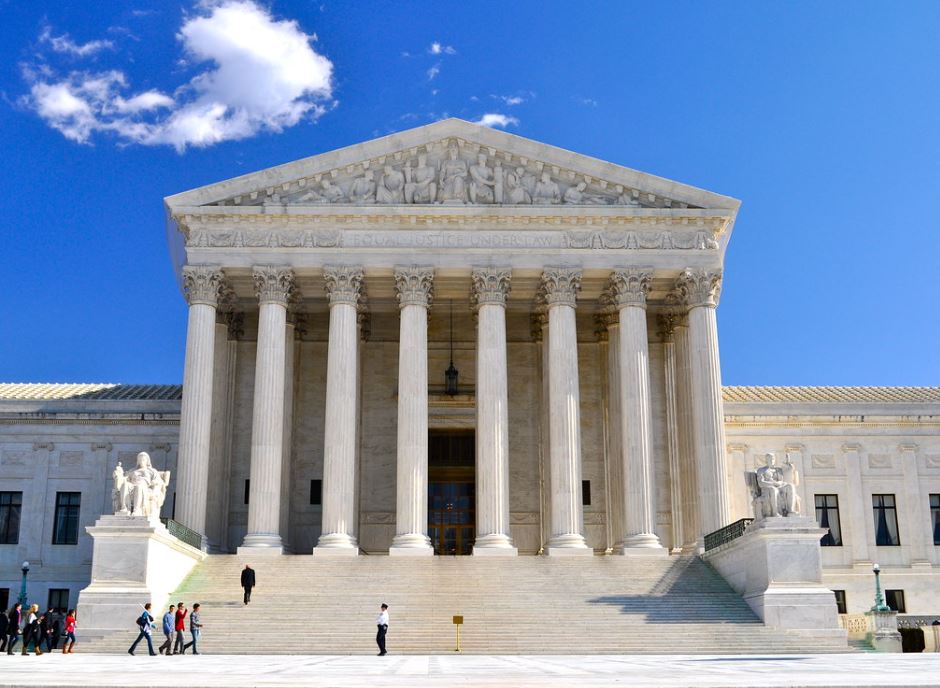 Outside the Supreme Court, where Justices are hearing arguments regarding a Mississippi case that is a direct affront to abortion laws in America, female protesters were allegedly taking pills while standing in front of a sign that said “We are taking abortion pills.”

As reported by FoxNews, “At least four women were seen taking pills as others cheered. The group Shout Your Abortion did not immediately respond to Fox News’ request for comment on the video and protest.”

The consumption of abortion pills has been a high-profile issue with pro-life groups who say access to the pill poses risks, especially when a doctor’s examination has not been involved.

Among the chants from pro-lifers outside SCOTUS:

“We are the pro-life generation and we will abolish abortion.”

There were however additional pro-life protests taking place outside of the Supreme Court.

Among signs from pro-choice protesters:

The arguments heard at the Supreme Court today revolved around the Dobbs v. Jackson Women’s Health Organization case. It involves a law enacted in Mississippi in 2018 that limits abortions to 15 weeks during pregnancy. Those against the law say putting this restriction on abortion is against laws established through the roe. v. Wade decision.

In Mississippi’s petition to the Court, it said, “Roe and Casey are egregiously wrong.” However, they said the Court does not need to overturn Roe or Casey to address Mississippi’s position.

The Supreme Court agreed to ask the question of “Whether all pre-viability prohibitions on elective abortions are unconstitutional.” This opens the door to empowering states to determine their own abortion laws, which could lead to outright banning the practice.