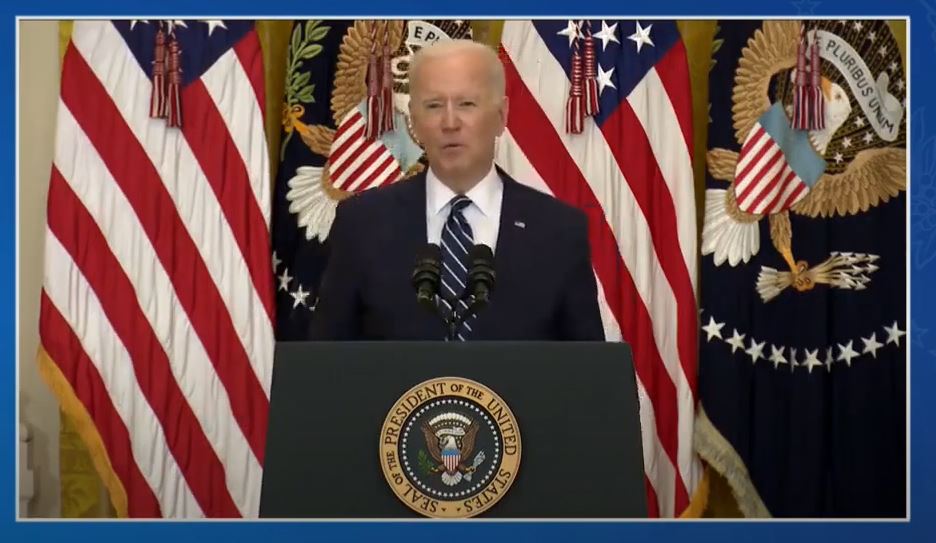 On Thursday, after 65 days in office, Former Vice President Joe Biden held his first formal press conference. During the conference, Biden addressed the border-crisis, filibuster rules, North Korea, and a run for President in 2024.

When asked if he thought he rolled back Trump-era border policies too quickly, Biden said, “First of all, all the policies that were underway were not helping at all, did not slow up the amount of immigration. Rolling back the policies of separating children from their mothers? Make no apology for that.”

Questions regarding the border were the spotlight for the hour-long briefing. However, the elderly President went on to say he wants to see changes to filibuster rules and announced North Korea is a top foreign policy issue.

Biden, the oldest person to ever hold the office of President of the United States, announced he “expects” to run for President in 2024. CBS’s Nancy Cordes asked Biden, “Have you decided whether you are going to run for re-election in 2024? You haven’t set up a re-election campaign yet, as your predecessor had by this time.”

Biden replied, “My plan is to run for re-election. That’s my expectation.” The reporter went on to clarify that Biden will run for re-election, Biden said “Look, I don’t know where you guys come from man. I’ve never been able to travel. I’m a great respecter of fate, I’ve never been able to plan four and a half — three and a half years ahead — for certain.”

Biden also went on to clarify, if he were to run for re-election, Harris would (again) be his running mate saying “She’s doing a great job. She’s a great partner.”

When pressed about the lack of transparency happening at the border, Biden said he would become more transparent after his administration made a few changes. “I will commit when my plan very shortly is underway to let you have access to not just them.” He went on to say, “I will commit to transparency.”