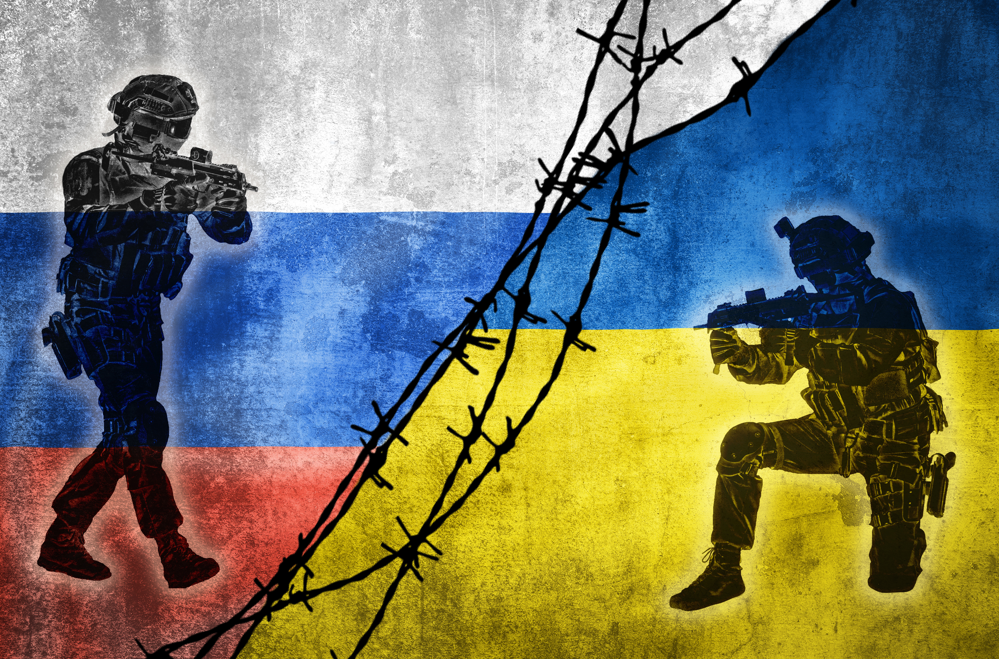 As Ukrainian forces continue to invade the independent nation of Ukraine, Russian sources are claiming 74 Ukrainian facilities have been destroyed, while citizens prepare to fight in the streets.

In response to the full invasion, Ukraine is arming its citizens and asking for assistance from the West. In a statement, Ukrainian President Zelensky said, “We will give weapons to anyone who wants to defend the country. Be ready to support Ukraine in the squares of our cities. We will lift sanctions on all citizens of Ukraine who are ready to defend our country as part of territorial defense with weapons in hands.”

According to the Associated Press, Russian Defense Minister Sergei Shoigu ordered that Ukrainian servicemen be treated ‘with respect and those who lay down their weapons offered safe corridors.” The report went on to say, “The Russian Defense Ministry confirmed the loss of a Su-25 attack jet due to ‘pilot error.'”
Since the invasion, Ukraine has declared a state of martial law and has asked western nations to sever all ties to Russia. This, while Ukrainians throughout the country are fleeing cities, trying to stay out of harm’s way.
The Kremlin has stated that Vladimir Putin will be the one to decide when the invasion ends. Spokesman Dmitry Peskov said the invasion “has its goals and they need to be achieved.” He went on to say the mission seeks to “neutralize the [Ukrainian] military potential, which was boosted considerably lately, including with the active assistance of foreign nations.” No timetable was announced.