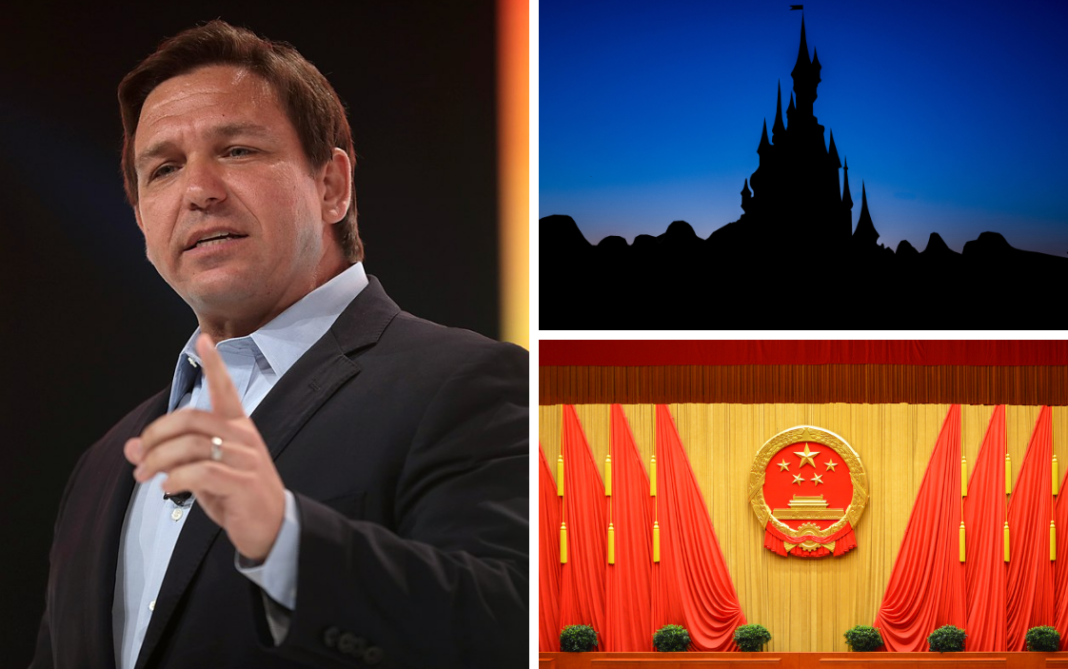 In a video obtained by Fox News Digital, DeSantis said, “In the state of Florida, we are not going to allow them to inject transgenderism into kindergarten. If that’s the hill that they’re going to die on, then how do they possibly explain lining their pockets with their relationship from the Communist Party of China?”

In a video exclusively obtained by @FoxNews Digital. @GovRonDeSantis slams #Disney saying “In Florida, our policies got to be based on the best interest of Florida citizens, not on the musing of woke corporations.” pic.twitter.com/Op87xgsLzB

He went on to say, “So here’s what I can tell you: In the state of Florida, we are not going to allow them to inject transgenderism into kindergarten. First-graders shouldn’t have woke gender ideology imposed in their curriculums, and that is what we’re standing for, because we’re standing for the kids and we’re standing for the parents. And I can tell you this: The chance that I am going to back down from my commitment to students and back down from my commitment to parents’ rights simply because of fraudulent media narratives or pressure from woke corporations; the chances of that are zero.”

DeSantis also said, “And when you have companies that have made a fortune off being family-friendly and catering to families and young kids, they should understand that parents of young kids do not want this injected into their kids’ kindergarten classroom. They do not want their first-graders to go and be told that they can choose an opposite gender. That is not appropriate for those kids. So if you’re family-friendly, understand that parents who are actually raising families want to have their rights respected.”

“And I also think that you have companies like a Disney that are going to say and criticize parents’ rights; they’re going to criticize the fact that we don’t want transgenderism in kindergarten and first-grade classrooms. If that’s the hill that they’re going to die on, then how do they possibly explain lining their pockets with their relationship from the Communist Party of China? Because that’s what they do and they make a fortune; they don’t say a word about the really brutal practices that you see over there at the hands of the CCP. And so in Florida, our policy’s got to be based on the best interest of Florida citizens, not on the musing of woke corporations.”

According to CNN, Chapek told shareholders that he called DeSantis because he thinks the bill “could be used to unfairly target gay, lesbian, non-binary and transgender kids and families.”

The Disney CEO also said, “The governor heard our concerns and agreed to meet with me and LGBTQ+ members of our senior team in Florida to discuss ways to address them.”

Chapek added, “While we have been strong supporters of the community for decades, I understand that many are upset that we did not speak out against the bill. We were opposed to the bill from the outset, but we chose not to take a public position on it because we thought we could be more effective working behind the scenes engaging directly with lawmakers on both sides of the aisle.”