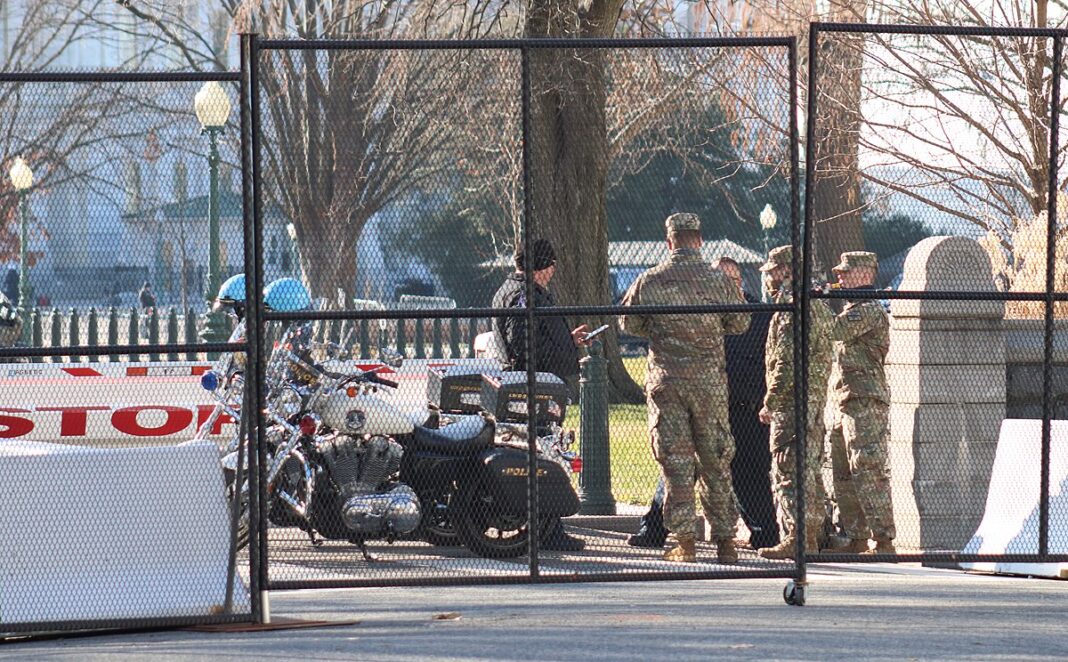 In a letter sent to House Speaker Nancy Pelosi, forty-two House Republicans called on her to remove the “enhanced fencing” encompassing the Capitol Complex and send the National Guard troops home.

The letter states, “It’s time for healing and it’s time for the removal of the fencing so the nation may move forward,” adding “it is time for Congress and its representatives to stop hiding.”

Representatives Ted Budd, who headed the letter, said that legislators are “concerned with recent reports that the fencing surrounding the Capitol may become permanent.”

Following the January 6 breach, the Chief of the Capitol Police said that permanent fencing around the Capitol Complex must be part of the “vast improvements” the building must undergo to ensure security.

The idea received criticism from legislators on both sides of the political spectrum, with D.C. District Councilmember Charles Allen saying “DC does not support it.”

“At the top of the Capitol building stands the Statue of Freedom. Much like the Statue of Liberty in New York City, the statue symbolizes why so many people from around the world come to America. They come to start anew, unshackled by tyranny and oppression, to be free from political and religious persecution, and to live in freedom and peace. The current state of the Capitol Complex fundamentally undermines that message, and we urge an end to it.,” the letter to Pelosi said.