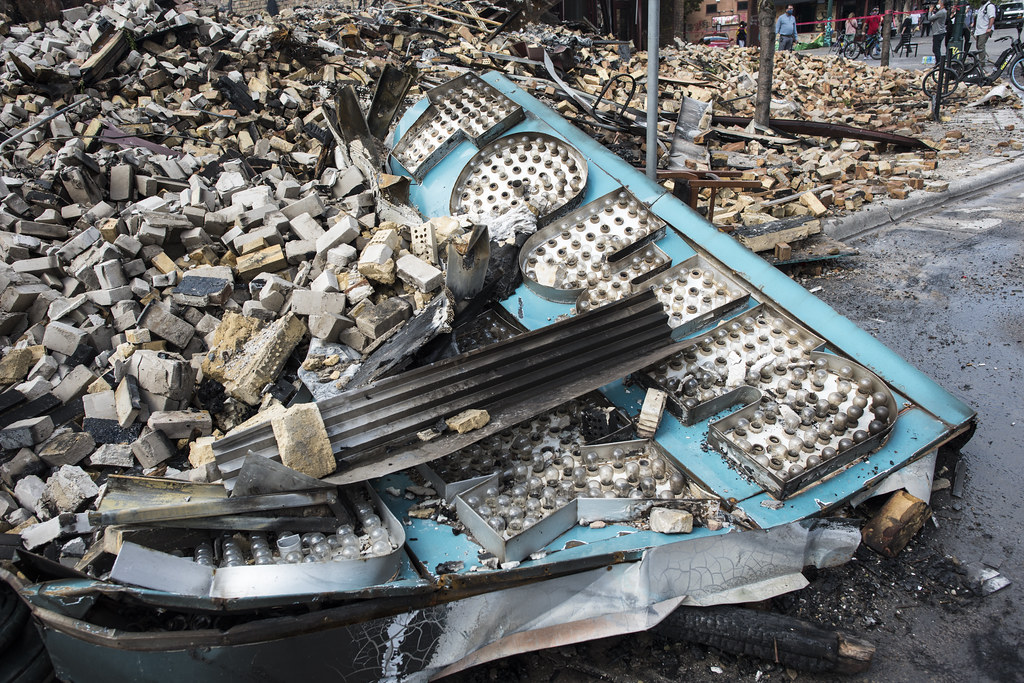 Two Minnesota restaurant owners filed a lawsuit against the city of Minneapolis and Mayor Jacob Frey after their business was destroyed in the unrest following George Floyd’s death.

The owners of Town Talk Diner and Gastropub are alleging that city leaders ignored “guidelines for confronting and combating rioters,” and, “As a result of Mayor Frey’s failure and failed leadership of the city, Kacey and Charles suffered more than $4,500,000 in damage.

“Mayor Frey made the decision to evacuate the Third Ward, remove police officers from the neighborhood, and leave Lake Street citizens to defend themselves and their property,” the lawsuit states.

Minneapolis City Attorney Jim Rowader released a statement on Wednesday, claiming that Mayor Frey took immediate action and requested support from the National Guard when there was any discernable risk of unrest or damage to businesses.

“Likewise, that same evening the Minneapolis Police Department submitted a detailed request outlining scope of the need and a mission plan for the additional support. The city has provided plaintiffs with these documents, and we are hopeful that they will amend their complaint given this clear and documented evidence,” Rowader said.