American 1
Home Articles Portland’s Mayor Stands Up To Anarchists And May Have Proved We’re In...
Facebook
Pinterest
WhatsApp 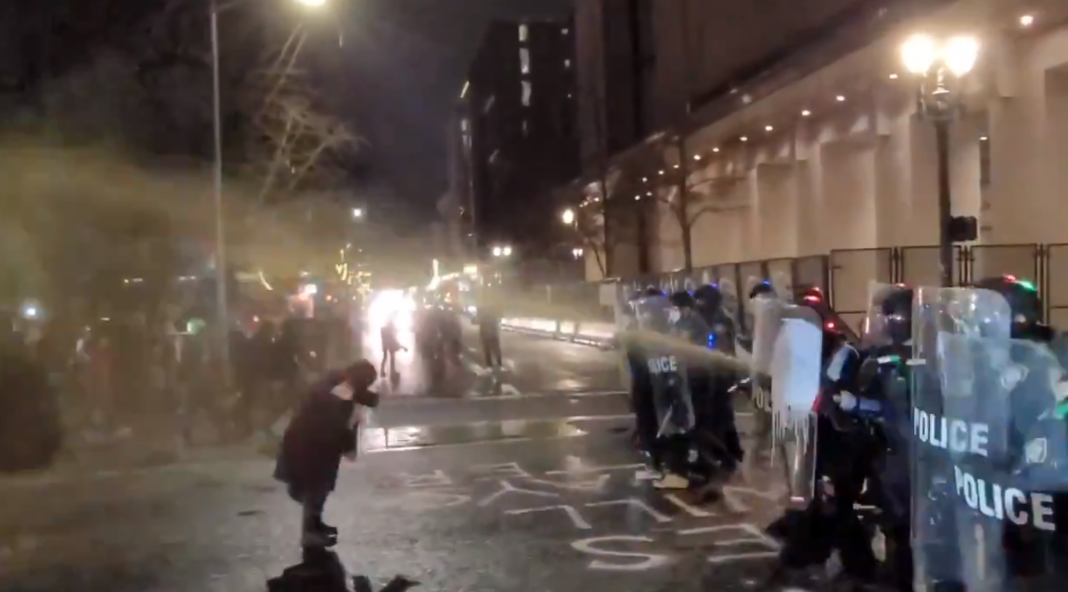 Did 2021 put us into a parallel universe, or on a new timeline? The mayor of Portland may have just proved that we are.

After years of seeing liberal cities being destroyed by and occupied by rioters and criminals, it looks like Portland will stand up for itself. This comes as a shock, mainly because the notoriously-liberal city has, for years, shown that it sympathizes with groups that routinely seek to destroy it.

On the surface, it looks like the mayor is just tired of the city let itself be destroyed. But, Portland’s mayor has given us three reasons for us to believe we’re in a parallel universe. We’ll list them below:

After a round of New Years’ Eve Antifa-riots, Portland’s mayor, Ted Wheeler, said that he will “push back harder” against anarchist groups. In other words, he’s admitting the liberal-philosophies of “de-escalation” do not work, which is exactly what he said, “My good faith efforts at de-escalation have been met with ongoing violence and even scorn from radical Antifa and anarchists.”

While we are very happy the mayor has come to a sane conclusion, we have to ask ourselves…what did the mayor think would happen? Did he think by allowing crime to remain, that it would go away? Did he think rioters wouldn’t riot because the mayor had acted in good faith (whatever that means).

2. Portland Acknolodeges The Existence Of Lawlessness And It’s Dangerous Effects

Whatever the mayor thought would happen apparently isn’t happening, and he’s not happy about it. He’s seeing what the rest of the nation has seen for years, a city under siege. “Lawlessness and anarchy come at great expense and great risk to the future of our community. It’s time to push back harder against those who are set on destroying our community, and take more risks fighting lawlessness.”

A liberal mayor saying words like “lawlessness” and “destroying” and “push back?” This didn’t seem to happen in 2020.

3. Portland Mayor Injects The Hypocrisy Of Identity Politics and Riots

And lastly, anyone with eyes can see the lack of racial diversity within the ranks of rioters (rioters are mostly white males). Also, rioters almost routinely destroy areas with minority-owned businesses. And when you take into account that the rioters say they’re fighting racial inequality, there is a blatant hypocrisy that is just plain obvious.

Portland’s mayor actually pointed this fact out asking, “Why would a group of largely white, young and some middle-aged men destroy the livelihood of others who are struggling to get by?” He even went as far as to call it the “height of selfishness.”

We’re just a couple of days into this new year. And, we’re already seeing things happen that we would have never thought possible just a year ago. In 2020, did you ever think Portland’s mayor would ever be caught:

We are happy the mayor is doing one of the most basic things a mayor should do (not allowing the city to be destroyed). And we also hope the sudden realization that riots and anarchists are bad will soon be felt by mayors across the country.

After the year we just had, it’s completely reasonable to be hesitant about the new year. But, we’ll take this development in Portland as a good sign for all of us.