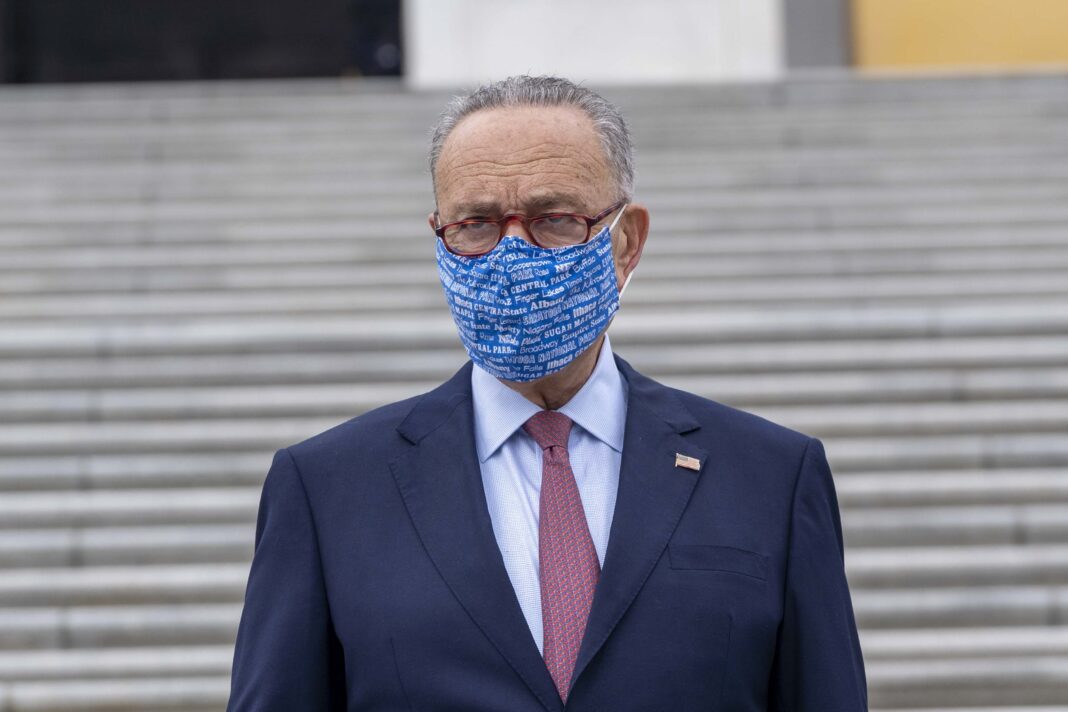 As negotiations unfold between a group of bi-partisan Senators and the White House on a cheaper infrastructure package, Senate Majority Leader Chuck Schumer announced that he will begin the process of reconciliation in order to partisanly pass President Biden’s $2.25 trillion bill.

The process would allow Senate Democrats to pass the infrastructure bill without Republican support.

Schumer will meet with Senate Budget Committee Democrats to discuss a budget resolution for 2022 and begin working on Biden’s ‘American Jobs Plan.’

“After the Trump presidency, Dems. Have a lot of work ahead to get America back on track. We’re on track to get the job done,” Schumer stated on Twitter.

Biden’s proposed infrastructure bill would fund healthcare, housing, and climate change, as well as roads and other traditional infrastructure projects.

Meanwhile, Senator Bernie Sanders, chairman of the Senate Budget Committee, said that the infrastructure plan must be addressed quickly.

“At a time of massive income and wealth inequality, billionaires are paying zero in taxes. The way we should, to the degree that we can, fund infrastructure and the other needs of the American people is by demanding that the wealthiest people and large, profitable corporations, start paying their fair share of taxes. I think, in both of those respects, the so-called bipartisan bill is lacking,” Sanders said.

“We’ve got to do those things. So, it’s not about roads and bridges, it is, but it’s more than that. And these projects have got to be funded in a progressive way, and we’ve got to go forward, now. And we are working on it as quickly as we can,” he added.