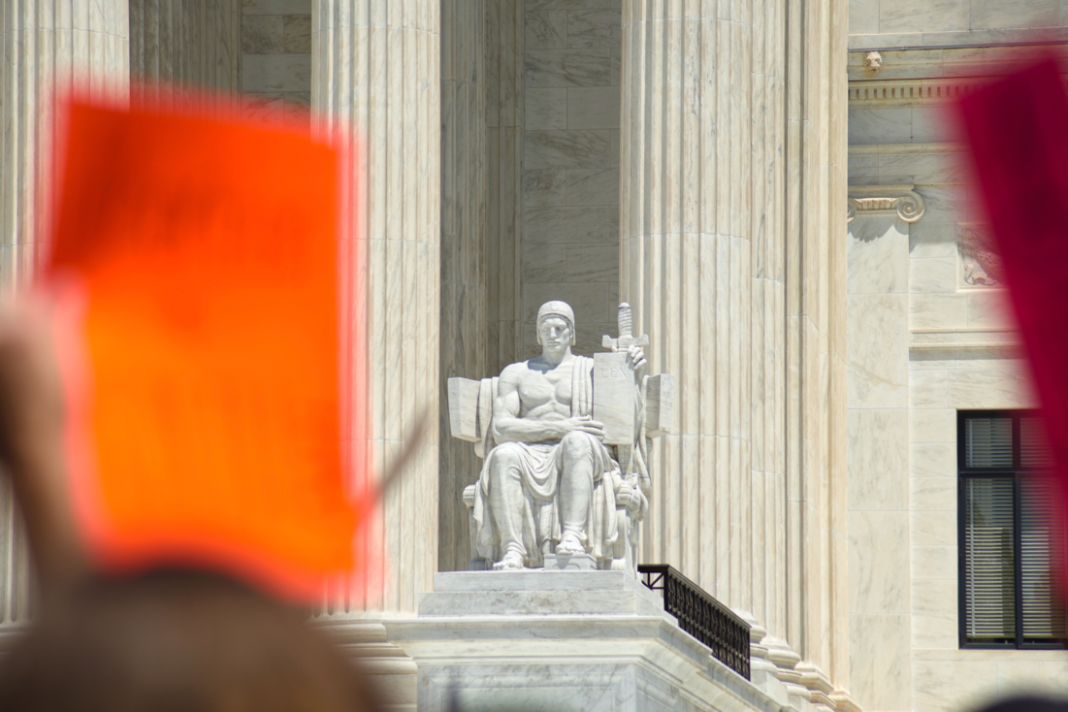 On Monday, the Supreme Court is expected to consider hearing the case of 303 Creative v. Elenis, which could determine new limits of religious freedoms and self-expression across the nation.

The case being considered involves creative designer, and ardent Christian, Lori Smith. She is fighting for the right to design and publish messages that communicate beliefs that are aligned with her Christian faith. At the heart of the matter is Colorado’s Anti-Dissemination Act, which is being used to force the designer to create messages that are directly against her beliefs.

According to Amy Howe’s post in ScotusBlog, “The case, 303 Creative v. Elenis, is a challenge by a Colorado website designer to a state law that bars businesses that are open to the public from discriminating against gay people or announcing their intent to do so. The designer, Lorie Smith, argues that subjecting her to the law would violate her right to free speech.”

Lorie Smith is an artist. Art is speech.

The #FirstAmendment forbids government from censoring or coercing speech.

In #303Creative we will ask #SCOTUS to affirm every American’s right to #CreateFreelypic.twitter.com/3Mx47r1dor

The piece goes on to say Colorado’s position is that “exempting Smith from the law would open a Pandora’s box that would “upend antidiscrimination law – and other laws too.”

Before making its way to the Supreme Court, the case was ruled in favor of Colorado by the 10th Circuit Court. They argued the plaintiff’s position was a “novel, artist-are-monopolist theory.”

In his dissent to the ruling, Chief Judge of the 10th Circuit Timothy Tymkovich said, “The majority concludes not only that Colorado has a compelling interest in forcing Ms. Smith to speak a government-approved message against her religious beliefs, but also that its public-accommodation law is the least restrictive means of accomplishing this goal. No case has ever gone so far. … It seems we have moved from ‘live and let live’ to ‘you can’t say that.’”

🚨 FREE SPEECH before #SCOTUS in 2 DAYS 🚨 Colorado has tried to compel graphic artist Lorie Smith's speech, forcing her to promote messages she doesn't believe. This is a clear violation of the #FirstAmendment.

“The Constitution is a shield against CADA’s discriminatory treatment of Ms. Smith’s sincerely held religious beliefs. The Supreme Court’s repeated, emphatic disapprobation of compelled expressive speech leaves little room for other conclusions. So it is all the more troubling when, in a case where the parties have stipulated that Ms. Smith’s work is expressive speech — ‘[the] custom wedding websites will be expressive in nature’ — the majority decides that its compulsion is constitutional.”

He also said, “Ms. Smith would like to post on her website an honest, straightforward message about why she will only make wedding websites for weddings involving one man and one woman. Endorsing same-sex marriage is a message Ms. Smith will not create for any client. But CADA prevents her from informing clients of this.”

Tymkovich broke down the flaws in their position by saying, “Rather than embracing the idea that creative, expressive works are even worthier of First Amendment protection by virtue of their originality and intrinsic worth, the majority comes to the opposite conclusion. It holds that ‘unique goods and services are where public accommodation laws are most necessary to ensuring equal access.’ It premises this argument on the idea (novel to the First Amendment) of a “monopoly of one,” characterizing the “product at issue [as] not merely ‘custom-made wedding websites,’ but rather ‘custom-made wedding websites of the same quality and nature as those made by [Ms. Smith].’”