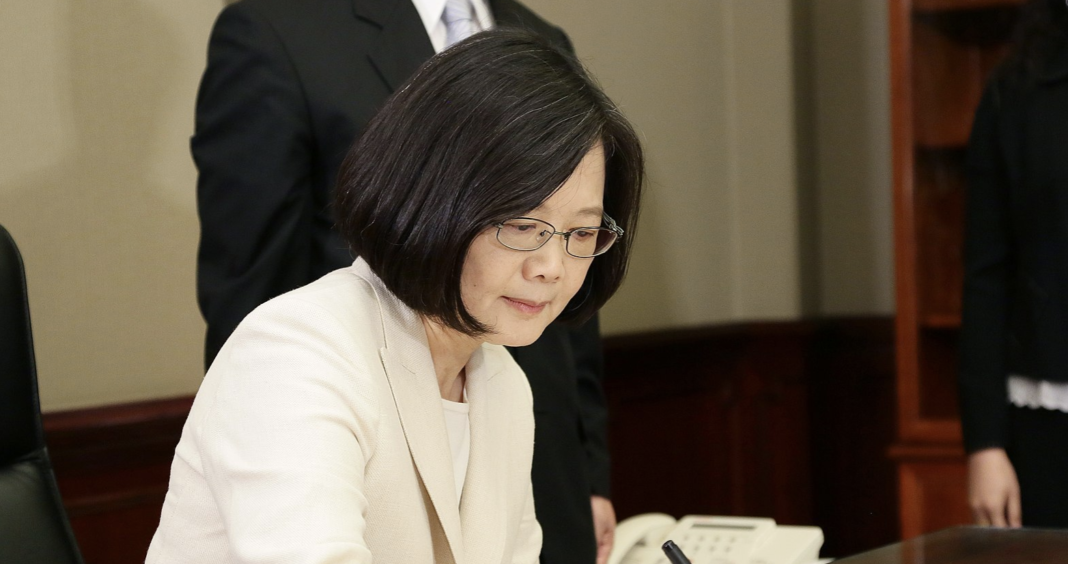 Over the weekend, Taiwan’s President Tsai Ing-wen vowed that Taiwan would prepare its military, in effort to stop Chinese aggression.

His comments came after China has reportedly built up its military and flown a significant number of fighter jets into Taiwan’s airspace, which has been noted by numerous military officials as an overt act of intimidation.

Additionally, it was uncovered that last year President Trump, sensing China’s continued aggressive stance toward the sovereign nation of Taiwan, had sent military troops and advisors to help build up and prepare Taiwanese troops.

President Tsai said, “After taking complete control of Hong Kong and suppressing democracy activists, the Beijing authorities also shifted away from the path of political and economic development that they had followed since ‘reform and opening up’ began decades ago. At the same time, regional order is being challenged in the South and East China Seas. The routinization of Chinese military activity in Taiwan’s southwestern air defense identification zone (ADIZ) has seriously affected both our national security and aviation safety.”

Tsai went on to say, “We hope for an easing of cross-strait relations and will not act rashly, but there should be absolutely no illusions that the Taiwanese people will bow to pressure. We will continue to bolster our national defense and demonstrate our determination to defend ourselves in order to ensure that nobody can force Taiwan to take the path China has laid out for us. This is because the path that China has laid out offers neither a free and democratic way of life for Taiwan, nor sovereignty for our 23 million people.”