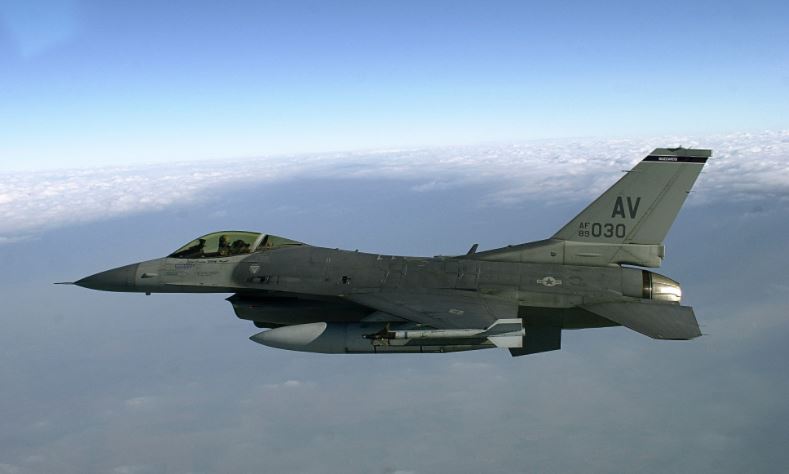 Late Sunday evening, in response to Iranian-backed terrorists targeting US forces in Iraq, the US military pushed back against these groups by launching extensive airstrikes near the Iraq and Syria border.

According to the Pentagon, “Specifically, the U.S. strikes targeted operational and weapons storage facilities at two locations in Syria and one location in Iraq, both of which lie close to the border between those countries. Several Iran-backed militia groups, including Kata’ib Hezbollah (KH) and Kata’ib Sayyid al-Shuhada (KSS), used these facilities.”

Using F-15 and F-16 aircraft, the strikes are reported to have completely demolished at least one structure. Limited casualties are expected to have resulted from the operation.

Video circulating on Telegram accounts linked to #Iran-backed militias of the aftermath of the U.S. airstrikes tonight on a PMF 14th Brigade facility in Al-Qaim, #Iraq. pic.twitter.com/DbY4xONjoN

The military action comes after both Former Vice President Joe Biden has been pushing for the United States to re-enter the controversial “Iran Nuclear Deal.” It also comes approximately one week after Iran elected their new President Ebrahim Raisi.

As reported by the New York Times, At least five times since April, the Iranian-backed militias have used small, explosive-laden drones that divebomb and crash into their targets in late-night attacks on Iraqi bases — including those used by the C.I.A. and U.S. Special Operations units, according to American officials. So far, no Americans have been hurt in the attacks, but officials worry about the precision of the drones, also called unmanned aerial vehicles, or U.A.V.s.

Max Abrahams, a terrorism expert, highlighted how the US intervention, and the US’s presence in Iraq, was for the purpose of countering ISIS terrorism.

The Pentagon says we’re in Iraq for the sole purpose of countering ISIS.

Not to contain Iran? pic.twitter.com/eUzvv3vXcN

The statement went on to say, “The strikes were both necessary to address the threat and appropriately limited in scope. As a matter of domestic law, the President took this action pursuant to his Article II authority to protect U.S. personnel in Iraq.”